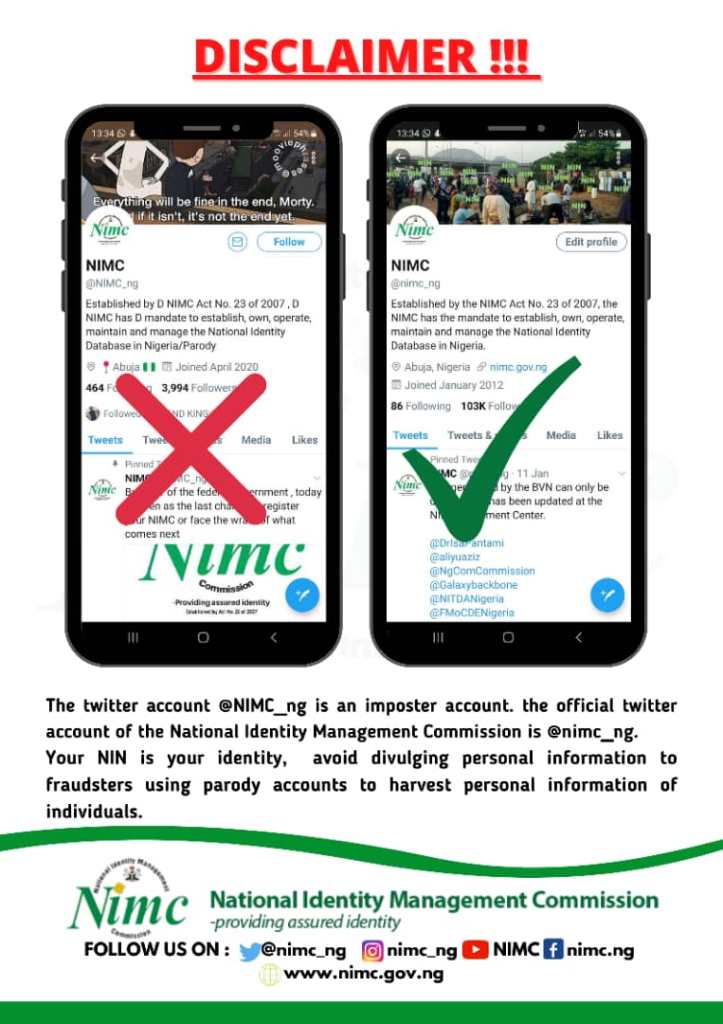 Nigerians have been warned not to fall victim to a fake Twitter account posing as the official page of the National Identity Management Commission (NIMC).

Minister of Communications and Digital Economy, Isa Ali Pantami gave the warning, following a threat issued on Tuesday by the fake account which told Nigerians to be ready to face the consequences of the inability to link their National Identification Number (NIN) with their SIM cards once the deadline for the linkage expires.

“By order of the federal government, today is given as the last chance to register your NIMC or face the wrath of what comes next,” the fake account had written.

However, in a disclaimer later on Tuesday, which was also retweeted by the NIMC official Twitter account, the Minister said the statement didn’t emanate from any government official.

“Furthermore, the deadline for those without NIN is not today, but 9th of February as announced by the NCC. The process continues pls,” the Minister said.

Nigerians were warned against sending any personal information to the fake account.