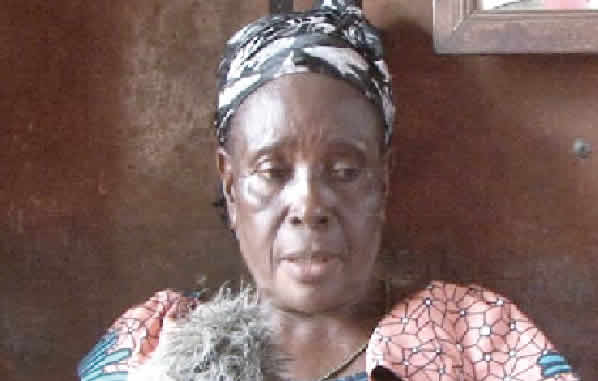 68-year-old Mrs Patricia Odiaka, in this interview with MATTHEW OCHEI, tells how she was allegedly assaulted by a former member of the House of Representatives, Mrs Joan Mrakpor, over a Facebook post

What is your name and how old are you?

My name is Patricia Odiaka. I am 68 years old.

What happened between you and Mrs Joan Mrakpor, a former lawmaker who represented Aniocha/Oshimili Constituency, Delta State at the National Assembly?

Mrakpor and her brother came to my house and beat me up.

What actually happened on that day?

This is where I sat in my house when I heard continuous knockings on our gate. The person was shouting. I recognised the voice as that of Ameachi Mrakpor and I asked, ‘Aunty Ameachi, what happened?’ She said I should open the gate so that God could punish me. As she was raining curses on us, I decided against opening the gate. She was threatening that she would deal with my children. She said my children were bad children. As I realised that she did not come to our house in peace, I locked every door in our house.

When they saw that all the doors were locked, they got a big stick and broke down the gate, then gained entrance into the compound. On entering into the compound, Mrakpor’s younger brother, Jude, broke the window glasses and the door to my room. Mrakpor dragged me out of my room by my injured leg that I had been managing for over three years. I was shouting, “Ameachi, don’t you see my leg? Ameachi, do you want to kill me?” But she ignored me. So, I held onto her clothes and she dragged me out.

In the same moment, the younger brother, Jude, slapped me. I fell. They thought I was the only one at home, not knowing that my son that they were looking for was hiding somewhere in the house. They left and came back shortly after with policemen. The policemen asked me where my son was and I told them that my son had gone to Lagos. They then asked me to give them my son’s phone number or they would take me to the police station. I refused to give them the number. I told them I was ready to go with them. Mrakpor later gave the policemen my son’s phone number. They called him and after the conversation with him, they left.

What did they say your son did?

I don’t know.  But Mrakpor said my son posted something on Facebook against her.

Where was your husband when the incident happened?

My husband was not at home; he went to Ishiagu. When he came back and saw my condition, he was worried. My son and sympathisers came out and took me to hospital.

What is your appeal now?

I am begging Governor Ifeanyi Okowa, the people of Aniocha South, and Deltans to ask Mrakpor to leave me and my children alone. We can no longer move freely because of her.