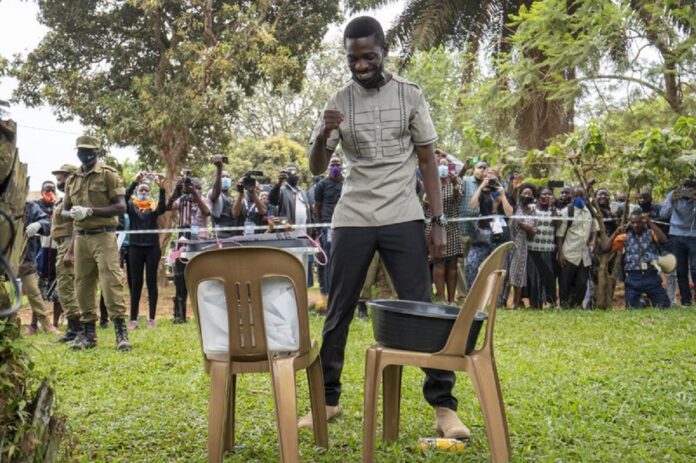 The United States has said it will take action against anti-democratic forces and human rights abusers in Uganda following Thursday’s general elections in the country.

The U.S. position came in a statement by the Department of State through its spokesperson, Ms Morgan Ortagus, on Saturday.

Ortagus said the government was “deeply troubled” by credible reports of “security force violence” and election irregularities before and during the polls.

She called for independent investigations into the allegations, and urged the Ugandan government to hold accountable security agents responsible for violence and abuses.

“The Ugandan people turned out to vote in multi-party national elections on Jan. 14 despite an environment of intimidation and fear.

“We are deeply troubled by the many credible reports of security force violence during the pre-election period and election irregularities during the polls.

“We strongly urge independent, credible, impartial, and thorough investigations into these reports and that those responsible be held accountable,” she said.

According to the results, Museveni, 76, secured 58.64 per cent of the total votes to beat his main challenger, Bobi Wine, who trailed with 35 per cent.

But the exercise has been marred by allegations of voter fraud and harassment of opposition politicians by security forces.

Reports say dozens of people were killed during violence in the run-up to the election.

Ahead of Election Day, the government shut down Internet connections in the country, drawing condemnation from civil society and election observers.

Wine, a former music star, has vowed to provide evidence of election fraud when internet services are restored, according to the BBC.

“We condemn the continuing attacks on political candidates and urge the government to respect their human rights and fundamental freedoms, including the freedom of expression.

“We are gravely concerned by harassment of and continued threats to civil society.

“Finally, we note the continued nationwide shutdown of the Internet and call for its immediate restoration along with that of social media services,” Ortagus said.

She urged all political actors to shun violence and resolve all arising disputes through constitutional and legal means.

The spokesperson also called on the Ugandan government to respect freedom of expression and the right to peaceful assembly.

“We reiterate our intention to pursue action against those responsible for the undermining of democracy and human rights in Uganda,” Ortagus added.