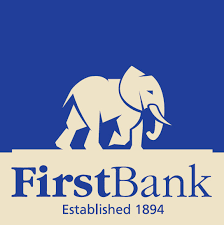 The Port Harcourt head office of First Bank Plc has been shut down in compliance with an enforcement order following the judgement of the Supreme Court in a matter between Ejemah community in Eleme Local Government Area and Shell Petroleum Development Company (SPDC).

The judgement sum and interest as at Tuesday, January 12, according to one of the legal representatives, Emmanuel Asido, is in excess of N200 billion.

The Deputy Sheriff of the Federal High Court and the police had stormed the First Bank premises located along Aba Road, Port Harcourt, to enforce the judgement of the apex court.

Briefing reporters, Asido explained that Ejemah community, the judgement creditors, had obtained judgement against Shell on June 14, 2010, in respect of Suit No: FHC/PH/CS/396/ 2001.

He said that after the judgement of the lower court, Shell went on appeal to the Court of Appeal with their Appeal No: CA/PH/396/2012.

‘Since it was a money judgement that had to be paid immediately, they (Shell) sought the leave of the Court of Appeal to furnish the judgement creditors with a bank guarantee. In this case, they obtained this bank guarantee from First Bank,’ Asido explained.

‘First Bank detailed the entire judgement sums including interests on their separate bank guarantee, which was signed by their bank Managing Director, the company Secretary and Legal Adviser at the time.

The counsel continued: ‘First Bank reneged and said Shell was on a further appeal to the Supreme Court. And that appeal number is: SC/731/2017. Shell lost that appeal on January 11, 2019.

‘And so, the stage was set for the enforcement of the judgement of the Federal High Court; in this case against First Bank, who, by their undertaking, had suretied that they were going to pay the judgement sums. And that is in line with the law, that the writ of execution had been issued and is being executed now.’

According to him, ‘First Bank ceases to operate until the process of the apex court is completely fulfilled. The bank has been shut down by legal process.’

He added that any person whose property was taken away from the bank premises could go to court to reclaim it because it is a ‘civilized process’.

Meanwhile, thousands of Ogoni people from Eleme besieged the bank to witness the payment of the N200 billion judgement sums.