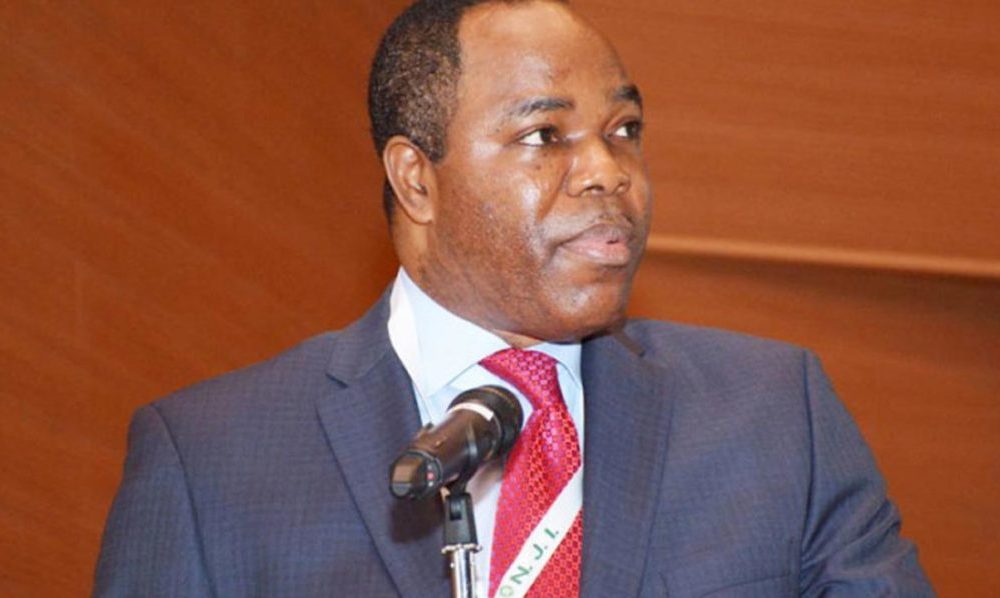 Tunde Ayeni Petitions EFCC Over ‘Hijack Of Company’ By Partner

Tunde Ayeni, a former chairman of the board of directors, Skye Bank Plc, has petitioned the Economic and Financial Crimes Commission (EFCC) over an alleged forceful takeover of a company by his partner.

In a petition dated December 7, Femi Falana, counsel to Ayeni, asked the commission to investigate “gross mismanagement and criminal diversion of company funds” by Idahosa Okunbo, his business partner with whom he said he founded Ocean Marine Solutions Limited.

Ayeni alleged that Okunbo, whom he said had been his partner since 2003, deceived him and took over control of the company while he was undergoing a court trial, which he claimed had distracted him.

The petitioner said he and Okunbo invested in the Ibadan Electricity Distribution Company (IBEDC), but his partner moved the company’s account to another bank and abandoned repayment of a $100 million loan used to fund the acquisition of the power firm.

“Subsequently, Capt. Hosa Okunbo told our client that all accounts of the businesses that he was involved in for which he was a signatory, was being rumoured to be closed because of the trial our client was facing, and it was important for him to step aside from the Ocean Marine and its subsidiaries structure and hand over to him, so that he could protect the income sources as that was the only source of income with which to fund the faithful repayment of the gross liabilities, which were well over $150 million owed to a consortium of banks led by Polaris Bank over the acquisition of the IBEDC and the YEDC DisCos as at the time,” the petition reads.

“Our client agreed to the advice and did not doubt Capt. Hosa Okunbo’s sincerity and intention to act in good faith, based on the trust our client had in him as they had both been working and partnering together since July 2003.

“At no point was an actual sale of his interest in Ocean Marine Solutions Ltd or any of its subsidiaries or affiliates ever discussed, but Capt. Hosa Okunbo is trying to use the gentlemen’s arrangement to forcefully take over his holdings of the Company whose monthly income is about $9 million.

“However, since the suggestion was effected, our client does not receive emails and briefings from the group in respect of the businesses and finances any longer, but our client was getting the monthly allowance they had agreed to be paying themselves and his wife’s monthly allowance which was $350,000 and about N12.5 million for our client and $25,000 for his wife.

“Even for this monthly payment, he asked our client to provide an account in which he was not a Director or signatory. He did so and his monthly allowances were regularly being paid until September 2020 when the payment completely stopped due to apparent irreconcilable differences bordering on financial impropriety of Capt. Hosa Okunbo.

“Our client has since discovered a lot of stealing and diversion, as well as gross mismanagement of large sums of money belonging to the Company. When our client confronted Capt Hosa Okunbo, he had no defence whatsoever but claimed that he had bought our client out of the Company and that he cannot complain.

Ayeni also accused his estranged partner of refusing to pay back $2 million he took from the company to fund “the current Liberian president’s election”.

Ayeni further alleged that he and his partner gave about $6 million to Ned Nwoko, a politician, to secure a business deal.

But in his reaction, Nwoko said he never had any dealing with Ayeni or the company.

“I wish to state that at no point in time have I had any dealings with Ayeni or Ocean Marine Solutions in whatever capacity as it relates to the above transaction. I have never received any sum from Ayeni which he purported in his petition and he has never played any role whatsoever as it relates to this transaction,” Nwoko wrote in his response to the inspector-general of police (IGP).

“All transactions on the subject matter were done direct with Capt. (Dr.) Idahosa Wells Okunbo in his personal capacity to the exclusion of any other party including Ocean Marine Solutions Limited. To suggest otherwise as contained in the said petition is merely a malicious statement devoid of truth.”