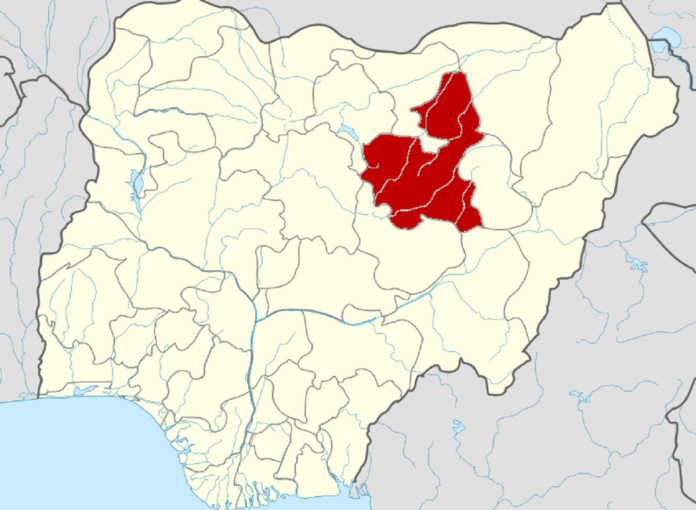 “Deceit is a false road to happiness; and all the joys we travel through to vice, like fairy banquets, vanish when we touch them.”  – Aaron Hill

I have never encouraged the discourse of dichotomy and nepotism, but for the very first time I will, and love every word of it. I want to make it categorically and abundantly clear that I am actually happy about it, I’m so elated that it is now official that the Katagum Senatorial District is a Lone Cow in a herd it helped groom to maturity. The subject matter is a mirror, one is of dichotomy while the other is an in-house nepotistic and narcissistic niche, an oblique innuendo disparaging the very people who propelled them to their various acclaimed heights in life.

Bauchi state has had a lopsided leadership for the past twenty years and people from Katagum have no right to complain, or so it seems. It was evident in the past appointments of Ministers throughout the era of the PDP. Katagum managed to produce a single Minister from 1999 up until 2015. We remember the role the late Senator Bashir  Mustapha played in the political development of Bauchi state. As unfortunate as it was, he died in the most awkward manner without having concluded what he envisaged for his state.

As recent as 2015, Engineer Sadiq Mahmud slumped and died just as he was about to contest the outcome of the Primaries of the APC which he was a partaker in. Katagum should learn to live and be at home with the fact that even fate cuts us down every time we want to reach the number one seat, and sometimes it uses its own to cut its people down to untold hardship.

While bearing the bitterness in mind, our children should continue what we know how to do best; go to school, although even education is gravely threatened these days due to many factors. We are boastful of a lot of professionals in innumerable fields, we are at home with the rest of the world while seen as outcasts in our state or by federal officials who are supposed to represent us. I can deal and live with that and am sure there are others who think along the same line as I do. There is no shame in laying it as bare as an ostrich hides its head while it’s whole body is at the mercy of what the ostrich is hiding from.

Recently we had the former Speaker of the Federal House of Representatives, Right Honourable  Yakubu Dogara, who dilly-dallied from the APC to the PDP and back to the APC yet again. Although carpet crossing is not a new phenomenon in Nigerian politics, Nigeria’s Constitution however requires any member of the legislature to forfeit his seat should he feel the need to leave the party upon which platform he won his election. The only time such a person may retain his seat is if there is serious discord in his party.  Unfortunately, Honourable Dogara wasn’t faced with such a problem but he chose to decamp back to the APC nevertheless without fear of losing his seat. Perhaps the reason for his confidence may be because he rejoined the ruling party which chose to look the other way knowing his movement to the fold of the APC is to the advantage of the incumbent party at the centre.

The former Speaker played a significant role in the emergence of the current Bauchi State Governor, Senator Bala Muhammad. As time pushed into the administration, Dogara and Bala fell out for certain reasons which led to the former carpet crossing back to the APC.

Enter the Dass House of Assembly by-election, people from all over the state, representing various political parties trooped to Dass Local Government to pitch their tents with Dogara. Every politician’s dream is to see himself calling the shots. Dogara found himself in such a position and he loved the attention and counsel he was made to give as some sort of a father to the APC in Bauchi state however, I must say that the leadership of Dogara is one sided as well just as people from my section of the state feel as though they do not belong to Bauchi state any longer. This conclusion is premised as a result of the blatant distribution of contracts and other government activities which are carried out without the involvement of the Katagum Zone. Someone may say that Katagum Local Government is home to the Commissioner of Finance and a handful of SAs. I’m not referring to that because I am aware that Katagum also produced the current Deputy Governor of the State. The big questions are, what impact do people from this side of the state feel from government? Does the government actually know the urgent problems of the zone? These questions beg for urgent answers among other things.

Some concerned citizens of the Katagum Zone have itemized capital projects penciled by the current Bauchi State Governor to be executed all over the State, sadly Katagum is not adequately represented in the scale of jobs to be executed. This is a disturbing fact.

Coming back to the new political “godfather” of Bauchi State, Yakubu Dogara, one will certainly be correct if he concludes that Dogara does not consider Katagum as part of Bauchi State. If we remember, Katagum lost a great number of national figures to the cold hands of death from 2015 to date and Dogara was conspicuously absent for condolences. We lost the Emir of Katagum, the Emir of Misau, Alhaji Sule Katagum, the first indigenous Chairman, Federal Civil Service Commission (which is now split into two different offices as SGF and HoCS), Alhaji Aminu Saleh, the former Secretary to the Government of the Federation, Alhaji Garba Gadi, one of the founding Members of the APC and the first person to hold President Buhari’s Nomination Certificate upon becoming the APC flag bearer after President Buhari received it at the Convention ground, Alhaji Gidado Mu’azu, another pivotal stakeholder of the APC, Alhaji Muhammad Danmadami, former DIG of the Nigerian Police Force and most recently, Alhaji Lele Mukhtar, the Sarkin Dawakin Katagum and a host of other notable figures.

As it were, the current Governor did pay his respect in person to the families of almost all the names mentioned above and more. Most of the deaths occurred when Dogara was the Speaker, Federal House of Representatives yet he couldn’t see reason to visit in person to show respect to these national figures who helped shape the very fabric of the country in which he served as Speaker. Ironically, President Muhammadu Buhari was in Azare in person to condole the community over the demise of the Emir of Katagum and also went on foot to the Azare Central Market that was consumed by fire even after having sent a powerful delegation led by the late Abba Kyari, the FCT Minister and Colonel Hamid Ali Rtd, the Comptroller General, Nigeria Customs Service for condolences.

I don’t want to be caught dead speaking of the Ministers from the Katagum Zone because of the fact that they, almost as is evident in the absence of the presence of the State Government in Katagum Zone, they too are not felt as a representation of Katagum talk less of Bauchi State at large. If one feels what I said is wrong, by all means; please point out what impact the two Ministers had on the lives and or the institutions they represent to the people from Katagum and Bauchi State. I know for a fact that about 70% of the people from the Zone wallow in abject poverty. We all know that governments are there to serve the people, but I don’t think this government is keen on such. Instead, the people serve the government through tricky taxes thrust upon them regularly through so many different devises.

In conclusion, I hope these individuals I mentioned, from the former Speaker, the Ministers and even the State Governor will heave a sigh of relief and be assured that we shall never bother if a single person from Katagum doesn’t make the Bauchi State Executive Council, get patronage from certain government incentives such as palliatives and empowerments or anything  for that matter, be they state or federal. If they are testing the waters, they may be informed that we won’t raise an eyebrow if we aren’t represented. We will remain the lone cow that we are but will also be outspoken. We will speak on behalf of the Bauchi north, central and south if they aren’t being represented well or if at all.

I hope Yakubu Dogara, Senator Bala Muhammad and the two Ministers from Katagum  will bear in mind that we consider non of them as worthy of being our leaders. We have been alone and will continue to be that Lone Cow without any forage or footage in any footing. Feebly we will fester till we  feel our feet and become fiery with fulfilled fury.

“Facts are threatening to those invested in fraud.”