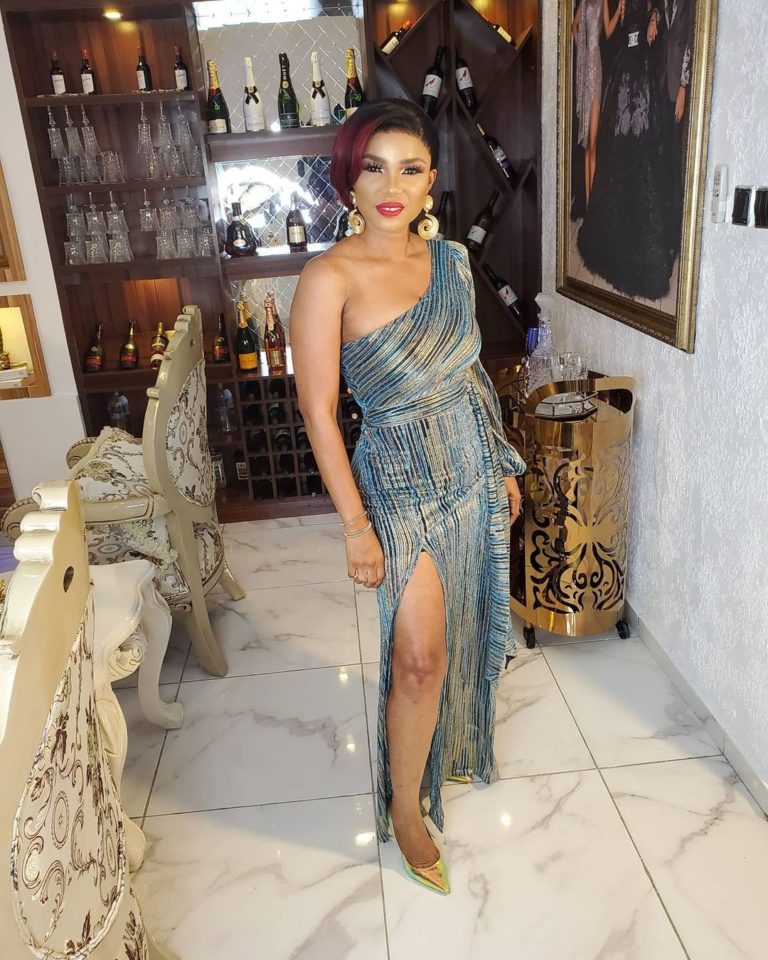 The actress said she’s officially  a marlian after Naira Marley sent lovely flowers to her.

In the video posted on her Instagram page, her son, Festus, came into the living room with a flower while she was watching TV and she asked who it was for.

The actress who expressed disbelief at first could not contain her excitement after she confirmed the gift was indeed for her.

She captioned the video with:

“I’m officially a Marlian. Thanks @nairamarley awwwwwww God bless you, I actually thought @festo_baba was joking. I was pleasantly surprised.”