The arrival of President Muhammadu Buhari to his hometown could not stop armed men from kidnapping students of Government Science Secondary School,Kankara Local Area of Katsina State.

But despite the presence of the President and his Security aides in the State, the attackers went ahead and abducted the school children.

According to report, The attack occurred few hours after the President and his entourage got to Katsina State yet they could not prevent dozens of students from being kidnapped from the secondary school on Friday.

HumAngle reported that the armed men invaded the school on foot, unlike previous attacks which were carried out using motorbikes and took enough time to fish out their victims in an attack lasted for over two hours.

They also shot sporadically in the students hostels as they searched their hostages bag looking for food and other valuable before whisking them away..

The number of students and residents kidnapped is yet to be ascertained as at the time of the compilation of this report.

Further report stated that the police evacuated students from the school to the local government area as several students who returned from hiding were crying and residents were seen symphatizing with them.

The state has remained a hotbed to kidnapping despite the efforts of the state governor. Hon. Bello masari’s peace deal with kidnappers and bandits. 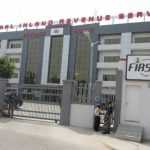