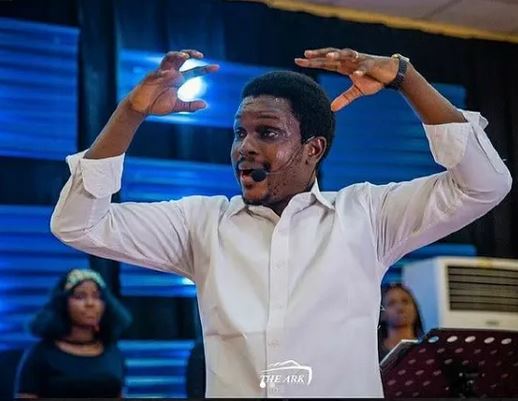 Timi Adigun, the coordinator of MINE Teenage Ministry and pastor at The Ark Church, has come out to admit to wrongdoing after he was called out online.

Less than 48 hours after the allegations of his sexcapades with teenagers in his church went viral, the pastor has come out to say he was involved in ‘inappropriate behaviour’ with females over a couple of years.

He, however, said he had ‘no sexual intercourse’ with any of the ladies and none of them was underaged.

Mr Adigun, 35, is the editor of MINE Magazine – a free Christian teenage magazine that preaches sexual purity.

Earlier on Thursday, several posts surfaced online accusing Mr Adigun of sexcapades with teenage girls under his mentorship and tutelage.

Akan Imoh, a public relations expert, who lives close to the church in Lagos, claimed that he confirmed the allegations after investigating alongside two other journalists.

In the Facebook post that went viral, he also claimed Mr Adigun was nonchalant about their findings.

The MINE Teenage Ministry has however disassociated itself from the actions of Mr Adigun, confirming the allegations.

“He’s a sexual predator. Before he was found out, he’d just started the “Father me” series where he encouraged people to submit to fatherhood, even while molesting those who have lived with him for 5+ years,” the organisation wrote in a Tweet it later deleted.

In subsequent tweets, which were not deleted, the group said Mr Adigun’s defence, when quizzed, was that the girls also enjoyed the acts, and no one loves the girls as much as he does.

In his public apology posted via his social media pages on Friday night, Mr Adigun said he is deeply sorry for his actions and inactions.

“The truth is, I was involved in inappropriate behaviour with females over a couple of years. I went against the sexual purity message I preach and believe in and I AM SO SO SORRY. I failed those of you who look up to me. Please find a place in your hearts to forgive me.

“I want to humbly state that there was no sexual intercourse with any, none was a minor, and my wife did not know about these actions while they happened.

“I have apologised to God, my wife, my in-laws, my family and some ministry members. I am here APOLOGIZING PUBLICLY.

“I have apologised several times to ALL the ladies involved and also apologised to some’s family members. The final apology came in September when I sent voice note apologies to ALL OF THEM for taking advantage of their trust in me and they all, at different times, accepted my apology.

“This call out was more from ministry leaders who had had clashes with me at different times and used the occasion of this knowledge to get back at me, hence the use of the ministry’s Twitter Handle.”
He further stated that he had stepped down in October from ministry and church.

“I only maintained a fellowship for the people that still wanted me to teach them the WORD. So, it is a fellowship running in the interim, not a church as at now.”

He said he would be off on social media until January when he is restored to the pulpit.