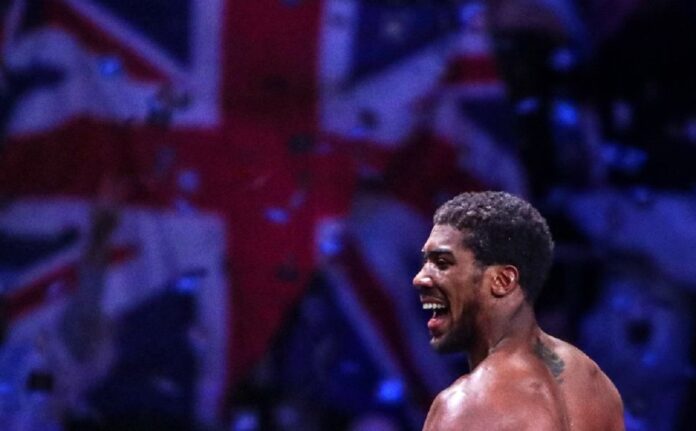 Anthony Joshua is a two-time heavyweight champion, an Olympic gold medalist, has 21 knockouts among 23 victories in 24 fights as a professional and has six wins over men who have held a version of the world title, but he’s nearly as big of an unknown today as he was when he first walked into a boxing gym in 2007 as an unknown 18-year-old.

After losing his belt and his perfect record in the 2019 Upset of the Year when he was stopped by Andy Ruiz Jr., Joshua returned in his next outing on Dec. 7, 2019, and outboxed Ruiz to regain his crown.

Joshua is a hulk of a man, 6 feet 6 inches tall and around 240 pounds with thick muscles and precious little fat. But he fought conservatively, and almost timidly, in his rematch with a bloated, slow and vastly overweight Ruiz.

It was a far cry from his performance against, among others, the great Wladimir Klitschko on April 29, 2017. After dropping Klitschko in the fifth, Joshua was pouring it on going for the finish in the sixth when he got caught and was dropped. He was in grave difficulty of being finished.

But he got up and fought with the poise and confidence of an elite champion, recovering to stop Klitschko in the 11th round.

Pulev is no pushover, and his only loss in 29 pro fights came at Klitschko’s hands. If Joshua is uncertain and unsure, Pulev is good enough to win, even as a +650 underdog on BetMGM. But Joshua, who is a whopping -1200 favorite, is the superior talent and should win by finish if he has the attitude that he brought to the Klitschko bout.

Joshua admitted that the pressure on him to win the rematch with Ruiz was extraordinary. After Ruiz knocked him out, there were calls for him to fire trainer Rob McCracken, which he resisted.

In the ring, the pressure was readily apparent as he fought off his back foot and didn’t want to take any chances.

“After that loss, I realized what industry I’m in,” Joshua told Yahoo Sports. “It’s a non-forgiving industry. I’m normally the happy-go-lucky guy. I’m just going to go through the division. I didn’t even expect to be in this position I’m in. Hey, I’m champion of the world and I lost. I saw what it was like from the other side of the pond what it meant to be heavyweight champion of the world.

“I was watching Andy Ruiz lapping it up all up and I said, ‘I really want some of that.’ Now, when I had my opportunity to box and compete with Andy Ruiz again, it was kind of like with Joe Louis and Tony “Two Ton” Galenta where you have to box and you have to be smart. You’re against someone big and strong. I knew I had to box and outmaneuver him. I didn’t want to make any mistakes so what I decided to do was to box off the back foot and control the shorter fighter.”

Joshua won the fight easily, if not in aesthetically pleasing manner. That relieved some of the pressure on him. And when the coronavirus forced postponement of his planned June bout with Pulev, it was a blessing for him.

It gave him precious one-on-one time in the gym to work on not just preparing for a specific opponent and specific fight, but to try to improve.

This is a guy with worlds of talent. He was standing on the podium with a gold medal around his neck at the London Games in 2012, only five years after he took up the sport. A little less than four years after that, he decimated Charles Martin to win the first of his title belts.

So he has the gifts, no question, to be extraordinary. But the issues surrounding him were almost always between the ears. Did he have the mindset for this? The answer is clearly yes given what he’s accomplished and who he’s beaten, but he’s often been judged harshly because of his physical size and his immense talent. He has the ability to be more than just one of the better heavyweights in the game. Putting it all together, he can be one of the best to do it.

He may never hit that plateau, but the extra time the postponement gave him was put to good use in pursuit of that goal, he said.

“I wasn’t worried about anyone else. Then Pulev came along and I’ve had that good foundation over the last six, seven months, so I’m ready for the challenge of Kubrat Pulev.”

If he wins as expected, he’ll position himself for the bout the world wants to see, an all-British battle for the undisputed heavyweight title with WBC champion Tyson Fury.

A win there could put him at a different level in the pantheon of great heavyweights. But the loss to Ruiz taught him a painful, but important lesson.

“I just can’t underestimate this guy,” Joshua said. “Remember, I’ve lost before and I never want to lose again. So, for the Tyson Fury question, I want to compete with him one day, so the only way to prove who’s No. 1 is by getting past Pulev and having the opportunity to compete with him. That’s how I go about proving who’s No. 1.”