A middle-aged man identified as John Amoo has died mysteriously after klling his co-tenant, Oyeyemi Adeleke, and destroying the car belonging his landlady at Awosuru Area in Osun State.

Amoo was said to have stabbed Adeleke on Wednesday evening. He then destroyed the car of the landlady before he was found mysteriously dead in the house.

Osun Police Public Relations Officer, Yemisi Opalola, who confirmed the incident on Friday, said that Adeleke was rushed to the General Hospital in Asubiaro, where he was confirmed dead.

“Amoo, from the information available to us, was involved in an argument with the other man, and in the course of that, he stabbed Adeleke in the stomach, which caused his death.”

“But mysteriously, the suspect was also found dead a few hours later. The suspect also damaged some things before he eventually passed on. The police have commenced investigation into the matter,” she said.

KanyiDaily had also reported how a female National Youth Service Corps (NYSC) member identified as Amaka Asikaogu was found dead mysteriously inside a hotel in Abuja, just a few days to the end of her service. 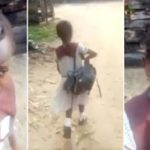 Sharp little girl vows to “tackle” her school after being sent home over fees in Sapele, Delta State…say she preferred to be flogged than sent away from school over school fees 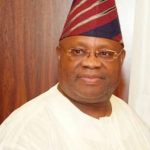 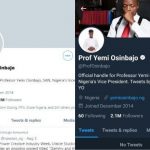 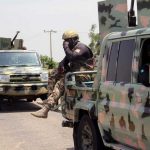