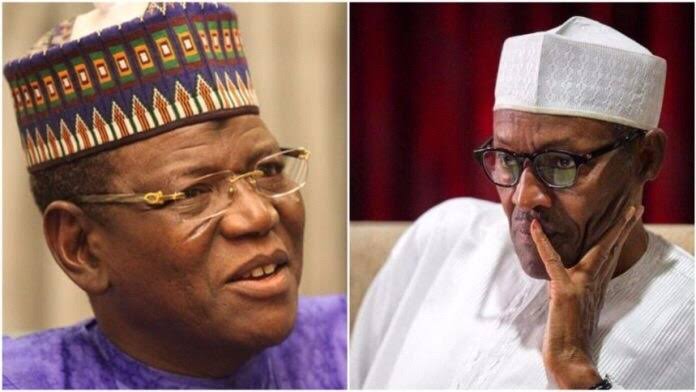 Buhari Has Failed Totally, He Should Drop His Arrogance And Seek God’s Forgiveness – Sule Lamido

A Former Governor of Jigawa State, Sule Lamido has said that President Muhammadu Buhari has failed Nigerians totally, adding that he needs to drop his arrogance and seek forgiveness from God.

Lamido stated this during an interview with BBC Hausa, while reacting to the killing of over 40 rice farmers by Boko Haram terrorists in Borno State.

The former governor advised the president to “drop his arrogance” and seek forgiveness forgiveness for the alleged offenses he has committed so that the country may live in peace.

“There is no way a government can go successfully without sabotage but you need to be strong enough to overcome such challenges. If really, he cannot withstand this he has to resign, but we can’t be accepting sabotage as a reason,” he said.

“Allah is merciful to his servants, we hope our prayers will be answered, but Buhari has to go first. He should ask himself what offenses has he committed. He needs to wake up at midnight, drop his arrogance and pray. He should ask for Allah’s forgiveness for the offenses he has committed.

“He is arrogant and always speaking with pride. Many people have said it and we have seen it. Four years ago, if you had said something like this, you would have been abused but now the truth has come.

“The problem is that he doesn’t listen to what people are saying, but everyone has spoken out. People are tired, the Ulamas, the masses, and the traditional leaders… have spoken out.

“When Buhari was sick Nigerian prayed for him and they are still doing but he failed to address their challenges,” he said.

Meanwhile, the Northern Elders Forum (NEF) has called for the resignation of President Buhari following the mounting security challenges in the country.