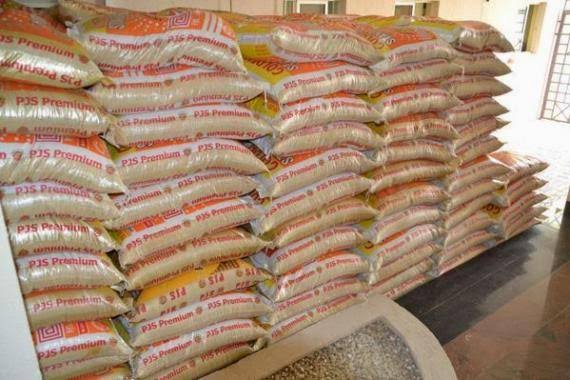 Nigerians To Start Buying A Bag Of Rice For N19,000 Beginning From December 14th

The Rice Processors Association of Nigeria (RIPAN) has announced that the price of 50kg bag of processed rice will be slashed to N19,000, starting from December 14, 2020.

According to Daily Nigerian, the RIPAN in collaboration with the Central Bank of Nigeria (CBN) on Tuesday set up task force headed by the Managing Director of Tiamin Rice, Aminu Ahmed, to monitor and ensure compliance with the new price regime.

Speaking with newsmen after the meeting, Mr Ahmed said RIPAN has agreed to peg the price at N19,000 in order to support the federal government in its efforts to ease hardship in the country.

He said the rice processors have also pegged the price of paddy at N160 per kg or N160,000 to 165,000 per tonne. According to him, once the prices of paddy crash, the price of processed rice would also crash.

It was gathered that the current market price of 50kg rice ranges from N25,000 to N30,000 per bag due to hoarding and closure of the nation’s land borders by the President Muhammadu Buhari administration towards boosting self-sufficiency.

KanyiDaily recalls that the Minister of Agriculture and Rural Development, Sabo Nanono had disclosed that Nigeria is now the largest producer of rice in Africa.