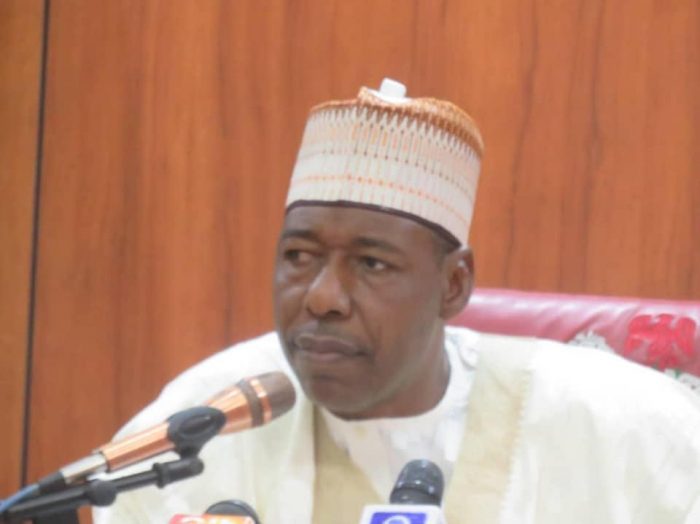 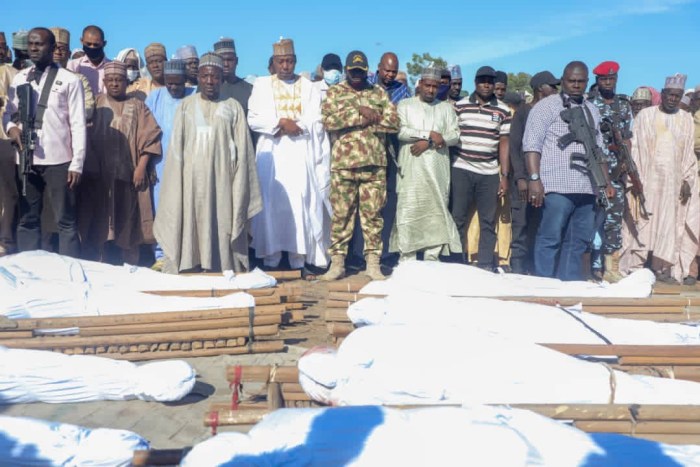 Borno State Governor, Prof. Babagana Zulum has revealed that the Boko Haram terrorist group murdered dozens of Zabarmari farmers and residents for giving out intelligence to the military.

Contrary to claims that the people of the state were not cooperating or giving intelligence to the military, the governor said many residents have been killed by terrorists for exposing them to the military.

Zulum, stated this through his spokesman, Isa Gusau, in a tweet, adding that Boko Haram confirmed that its fighters killed Zabarmari farmers for giving out information about their movement to the military.

He wrote: “This is one of many consequences of Borno peoples’ cooperation in years now. Many have died for giving intelligence to soldiers, yet the communities won’t stop. Many have followed soldiers to the battles and died, yet they won’t stop. Let us hear one idiot accuse the Borno people again.

“They said Borno people do not cooperate but here is the latest example; the Boko Haram just announced that they beheaded dozens of Zabarmari farmers for informing soldiers about their movement and for capturing one of their men and handing over to soldiers recently.”

The commander of the terrorist group, Shekau in a video, on Tuesday, while claiming responsibility for the attack said the farmers were killed because they apprehended their member and handed him over to the military.

According to Shekau, the insurgents killed at least 78 during last Saturday’s raid on rice farmers and not 43 as claimed by the government.