A young South African architect identified as Buhlaluse Skosana has taken her life shortly after putting up a disturbing Facebook post about her alleged boyfriend whom she claimed complicated and destroyed her entire existence.

Skosana took to Facebook on Monday, November 30, to write about how the man came into her life and ‘‘destroyed it.”

“Came in to my life, unprovoked, destroyed it, complicated my entire existence.. drove me CRAZY and then wonders why I act crazy, sacrificed my soul to only he knows what…njengoba ebehleli ethi ukuhlukana ukufa, suzowutholake lomphefumulo wami owufunayo so you can carry on with your life and destroy more lives” she wrote. 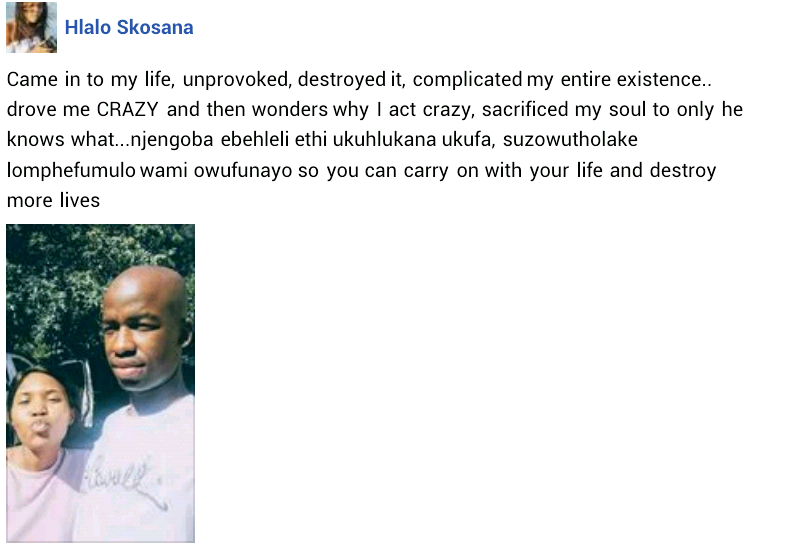 The deceased, described as an exceptionally brilliant architect destined to go places, recently shared photos of a house she had designed and talked about how it was her dream to designed something similar in her hometown, Ulundi.

Meanwhile, friends and colleagues have taken to Facebook to mourn her. One of her distraught friends, Sethabile Makhathini said she called the deceased immediately she saw the Facebook post but unfortunately it was too late as she had already killed herself.

“I called you this weekend, it was such a short call, you reassured me you were okay, I believed you and I continued with my life….I saw this post yesterday and called you immediately… you didn’t answer, and then I sent you a message, little did I know it was the end. I’m so sorry my friend I wish I could have done so much more, now all I can do is cry. I’m so numb. I’m so defeated,”  she wrote. 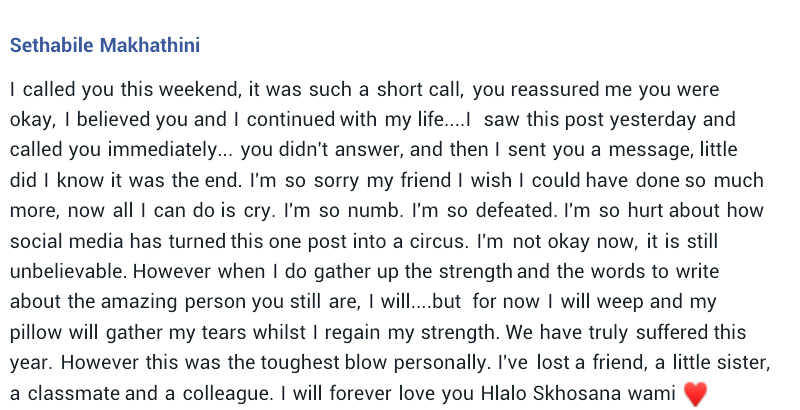