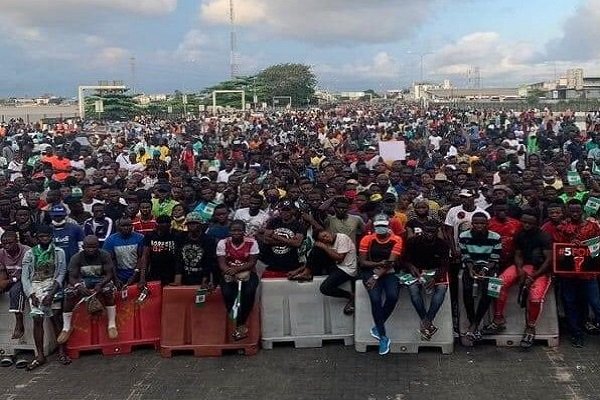 By Yusuf Alli and Onyedi Ojiabor, Abuja
The Federal Government has said that there was no massacre of demonstrators during the #EndSARS protest in Lekki in Lagos.

It said what is being portrayed so far was “social media massacre” or a “hoax massacre.”

It said it was a case of massacre without bodies.

It asked international community not to be misled by posts on social media to impose sanctions on Nigeria.

It condemned CNN report on #EndSARS protest in Lekki and described it as “irresponsible journalism.”

It said CNN relied on unverified and doctored videos.

But the government said it will go ahead to

regulate the social media in the country.

It said social media was used to guide arsonists and looters to certain properties.

The Minister of Information and Culture, Alh. Lai Mohammed, who made the government’s positions known at a briefing in Abuja, said the government was satisfied with the conduct of the military and security agencies during the #EndSARS protest.

He said soldiers and policemen deserve commendation for their roles during the protest.

Mohammed said: “While we await the Judicial Panel in Lagos to unravel what transpired at the Lekki Toll Gate, what we can say, based on testimonies available in the public space, is that the world may have just witnessed, for the very first time ever, a MASSACRE WITHOUT BODIES! Some have tagged it ‘social media massacre’.

“The testimony of Brig.-Gen, Ahmed Ibrahim Taiwo of the Nigerian Army before the Panel was compelling, and I am sure many of you have listened to or watched it.

” The highlights, for those who may not have watched the testimony, are:

– Soldiers were deployed all over Lagos, including Lekki Toll Gate, after the other security agencies were overwhelmed on Oct. 20th 2020, upon the request of the state government.

– Before deployment, the soldiers were briefed on the Rules of Engagement, which they adhered to all through

– Blank ammunition cannot do any damage to the flesh, not to talk of killing anyone

– Firing live ammunition into the crowd, as some have alleged, would have led to mass killing, which never happened.

The Minister asked countries that had made hasty judgment on #EndSARS protest to seek the truth.

He said it was regretful that some people and the international community have been calling for sanctions against Nigeria.

He added: “Sadly, the purveyors of fake news and disinformation succeeded in deceiving the world that indeed there was mass killing in Lekki, even when, till date, not a single body has been produced and not a single family or relative has come out to say their child or ward was killed at Lekki.

“More surprising and irresponsible is the fact that some people have been calling for sanctions against Nigeria or against Nigerian government officials on the basis of a hoax. This is one of the dangers of fake news and disinformation.

” Once fake news is out, many run with it, without looking back, even when the truth is eventually revealed. We therefore want to use this opportunity to ask those who have alleged massacre at the Lekki Toll Gate to go to the Judicial Panel to present their evidence(s) to the world or simply admit that they have goofed.”

Mohammed insisted that the Federal Government will go ahead with the regulation of social media.

He said: “This development has reinforced the campaign against fake news and disinformation, which we launched in 2018. As a matter of fact, as far back as 2017, when we dedicated that year’s National Council on Information to the issue of fake news and disinformation, we had been expressing concerns on the dangers posed by irresponsible use of the new media platform. “The concerns culminated in the launch of the national campaign which I referred to earlier.

” The social media was used to guide arsonists and looters to certain properties, both public and private. Pictures of persons, including some celebrities, who were supposedly killed at the Lekki Toll Gate by soldiers, were circulated widely, only for those persons to refute such claims or for the discerning to disprove such posts. As we have said many times, no responsible government will stand by and allow such abuse of social media to continue.

” What we have always advocated, and what we will do, is to regulate the social media. Nigeria is not alone in this regard. The issue of social media regulation is an ongoing debate not just in Nigeria but around the world, including in the United States, which is the flag flyer of constitutional democracy. Even the owners of the various social media platforms, including Facebook, are increasingly joining the call for content regulation.

“What they have failed to understand is that the only reason we are even able to have this debate is because we have a country.

” If we allow the abuse of social media to precipitate uncontrolled internecine violence, the kind of which was narrowly averted during the EndSARS crisis, no one will remember or be able to use Facebook, Twitter, Instagram, etc, for whatever purpose.

” It is incumbent upon us all, therefore, to strike a balance between free speech – which this Administration is committed to upholding – and fake news/disinformation, which it is determined to fight.” 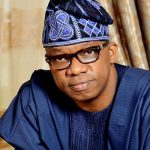 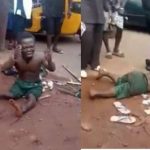 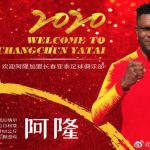