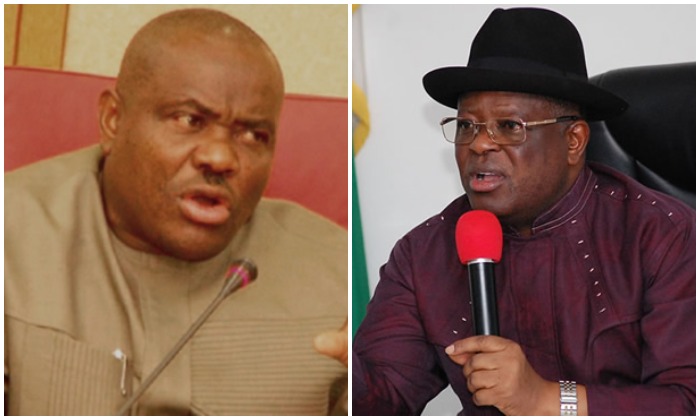 You’re wrong to call me a dictator, Wike slams Umahi

Rivers State Governor, Nyesom Wike, on Wednesday, slams his Ebonyi State counterpart, Dave Umahi, for calling him a dictator who controls the structure of the Peoples Democratic Party.

Wike also said Umahi was wrong to have said he singlehandedly imposed Uche Secondus as the National Chairman of the PDP.

The Rivers State governor made this known on Wednesday evening while featuring on Channels Television’s Politics Today programme.

Controversy continues to trail the defection of Umahi from the PDP to the All Progressives Congress as stakeholders of both parties exchange verbal attacks.

Umahi, a longtime member of the PDP, had claimed he defected because of the “injustice” meted to the South-East region by the party, adding that the APC would protect the interest of the region in the 2023 presidential election.

Speaking tonight, however, Wike said Umahi was free to exercise his fundamental right of association but he was wrong to have threatened the PDP with his exit.

“If there is one person that has supported Umahi, it is me. But for him to threaten the party is wrong.

“Umahi wants to run for President of Nigeria but he has no right to threaten anybody. Politics is dialogue and diplomacy,” he said.

Wike added that the Southern region of Nigeria wants to produce a president in the 2023 elections but “who tells Umahi that he is the only qualified South-East person to be president?”

The River State governor also said Umahi was “insulting the intelligence of the South-East people” by claiming to have the interest of the region at heart whilst he pursued his personal ambition.

He stated, “On the other hand, if you watch him today on Arise TV, he said one of the reasons (he left) is that Wike is a dictator. Wike controls the party. Which one do we take now? Was Wike in charge from 1999? When did Wike become relevant?”