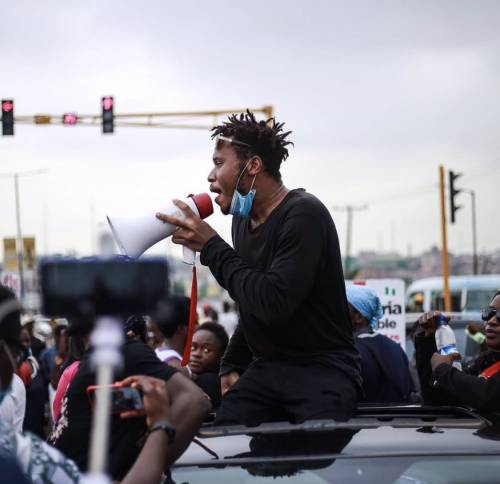 SaharaReporters reports that even though he has perfected his bail condition, the Nigeria Police Force has refused to release Eromosele Adene.

The family has also cried out that the police were trying to move him to an unknown location.

The family confirmed to SaharaReporters that his bail terms had been met but the police are refusing to release him.

“We are waiting to see the game they are playing.

“His bail condition has been perfected but they are not releasing him,” his family told SaharaReporters.

Adene is being detained at the Lagos Police headquarters.

Recall that the Yaba Magistrate Court had ordered the release of Adene on bail.

The magistrate, Folarin Williams, directed the police to release him on bail in the sum of N1m and two sureties.

Adene, who was arrested from his home in Lagos on November 7, was moved to Abuja and back to Lagos on Sunday night.

He was arraigned on Monday on four count charges bothering on cyber-stalking and conduct likely to provoke the breach of peace.