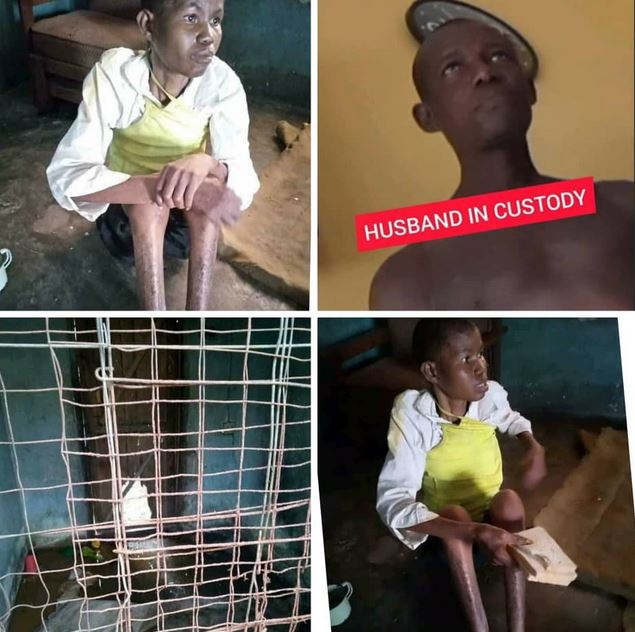 Update: Police Arrests Man Who Caged His Wife For Three Years After Accusing Her Of Witchcraft

Ame Edjeket, the 41-year-old man who locked up his wife and mother of his eight children, Gladys, for over three years after accusing her of being a witch and causing his financial woes at their home in Orerokpe, Delta state has been arrested by the police.

Human rights activist, Harrison Gwamnishu, who brought the case to light, said the man got his wife pregnant three times while he caged her. He said the victim was locked up in the cage where she defecated and also urinated.

When arrested, Ame insisted his wife was a witch and mentally challenged and that he had taken her back to her family members but they rejected her.

The victim is currently receiving medical attention at the Orerokpe General hospital in Delta state.