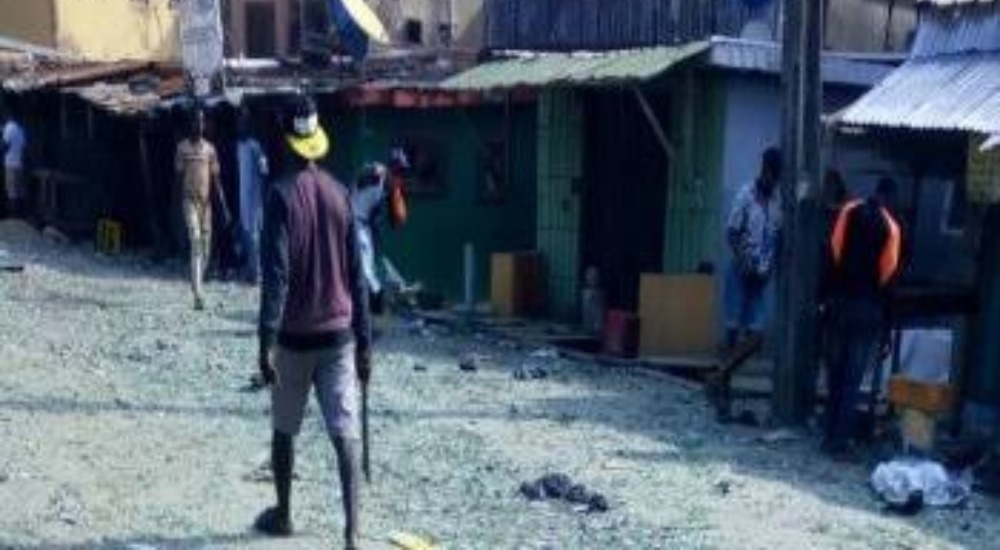 No fewer than three persons have been feared dead while about 150 vehicles were destroyed and 200 shops looted during a clash between two hoodlums in Mushin area of Lagos State.

PUNCH reports that the fight, which started around 8pm on Sunday between two groups who were fighting over supremacy at a party on Alaafia Street, extended to neighbouring streets in the area.

It was gathered that the fight which started during a social gathering organised at Alaafia street on Sunday night, degenerated till Monday and extended to Daniel street, Morgan, Babalola, Sowunmi, Olusoga, Idi-Araba and Idi-Oro areas where the violence was at its peak.

An eyewitness, who spoke on condition of anonymity, said that the fight left many injured, while over 200 shops were looted and many vehicles destroyed.

“The fight started around 8pm yesterday (Sunday) between two groups fighting for supremacy on Alaafia Street and it extended to other streets. The hoodlums destroyed many things during the fight; over 200 shops were looted, while many vehicles were destroyed.

“The police could not quickly come to the scene because of what happened during the #EndSARS protest. The police area commander had to follow the local government chairman, who came to call for calm. But immediately they left, the hoodlums resumed their fight, leaving many people injured.”

Another eyewitness identified as Mr Ganiyu Olalekan said scores of vehicles were vandalised saying, “without exaggerating, I counted about 159 vehicles and 50 shops which were destroyed and looted by the hoodlums.

A reisdent, Madam Bewaji Tolani corroborated Ganiyu saying she had to run for her dear life when the situation almost got out of hand. “Thank God for the Nigeria Police which restored calmness to the area?”

The Police Public Relations Officer, Muyiwa Adejobi, who confirmed the incident on Monday, said no casualties were recorded in the fight, adding that 12 suspects had been arrested.

“No causality was recorded during the fight among some gangsters in the Mushin area of Lagos State. Twelve of them have been arrested, while normalcy has been restored in the area.

“The CP has deployed more police operatives to the area to beef up security. We will continue to monitor the situation,” he said.

As at the time of filing this report, the affected areas were almost deserted as commercial and vehicular movements were paralyzed.

Meanwhile, Lagos State Police Command has announced the arrest of 720 suspects during simultaneous raids on black spots across the 14 area commands in the state.