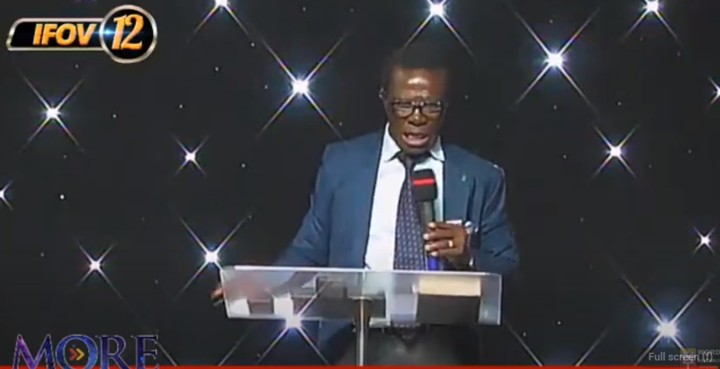 A Nigerian businessman has revealed a rather interesting story about himself many people do not know about.

The Founder, President, and Chairman of the Coscharis Group, Cosmas Maduka while sharing his personal story, revealed that he used a rubber band to tie and hold his phone to keep it from falling apart.

The businessman, while speaking at The International Festival Of Victory (IFOV), an annual conference of Word Assembly, held at the Vision House Headquarters in Lagos, said he wonders why people use expensive gadgets.

In a 4-hour business lecture, The 61 years old business tycoon disclosed that he uses a rubber band to keep his phone from falling apart, and he only changed phones when his wife gifted him a new one.

The chairman of Coscharis Motors also said that his 2 sons were not allowed to drive any car until they graduated from the University, he added that he once kicked his second son out of the house for 3 months for driving a car.