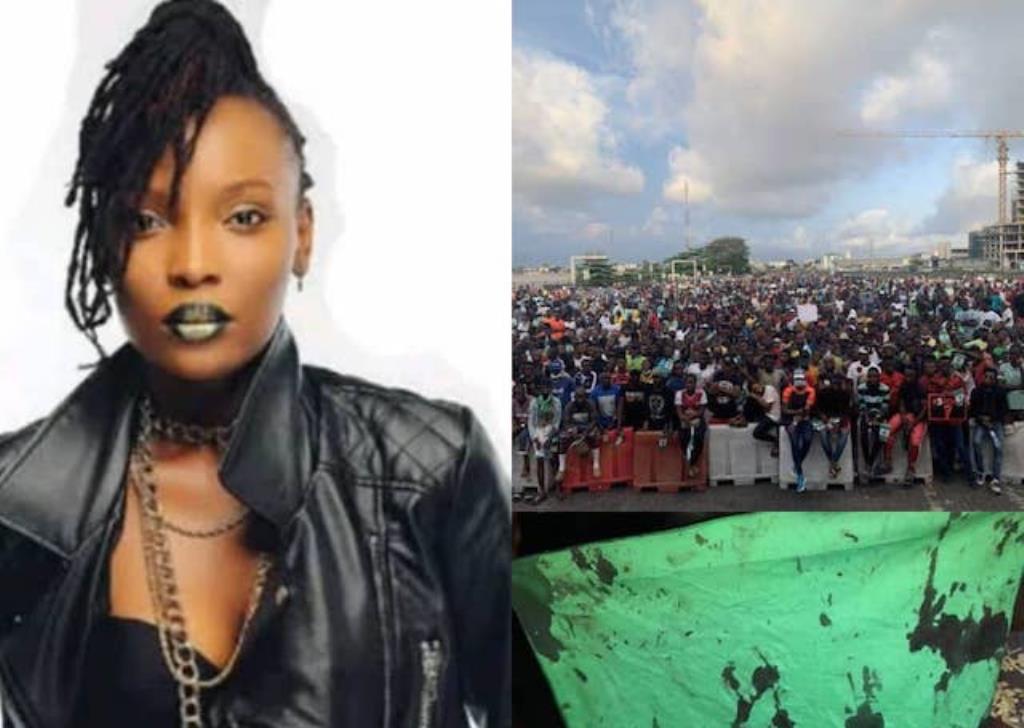 According to a report by SaharaReporters, the Nigerian Army has said that it was not searching for popular Disc Jockey, Obianuju Catherine Udeh professionally known to as DJ Switch.

This comes amidst claim that the army had been trailing the entertainer and threatening her life, forcing her to flee the country.

Commander of 81 Military Intelligence Brigade, Victoria Island, Lagos, Brigadier Gen. Ahmed Taiwo, who spoke while appearing before the Lagos Judicial Panel of Inquiry on Saturday, said the claim was further than the truth.

Taiwo also said the army can’t be bothered chasing one or two people, adding that there are “bigger fish to fry”.

He said, “Some people take delight in misrepresenting Nigeria and particularly the Nigerian Army to the international community and our fellow Nigerians. This, I believe is done for pecuniary gains.

“Quite recently, a Nigerian, Catherine Udeh, also known as DJ Switch, claimed the Nigerian Army was looking for her. There is nothing further than the truth.

“My Lord, we have bigger fish to fry.”

The Nigerian Army testifying on its involvement in the shooting and killing of peaceful #ENDSARS protesters claimed that the protest was hijacked by hoodlums and the military intervened to stop the killings of police officers as well as the looting and raping of citizens in the name of #EndSARS.

He also confirmed a report by SaharaReporters that the military were drafted in by Lagos State governor, Babajide Sanwo-Olu.
DJ Switch, who was present at the Lekki Toll Gate on October 20, 2020, did a livestreaming of the shooting and killing of peaceful and armless #ENDSARS protesters.

Her video has put her life under threat.

DJ Switch also revealed that soldiers, who shot at peaceful #ENDSARS protesters at Lekki Toll Gate, Lagos, said they were sent to the protest ground on orders from above while speaking with the Subcommittee on International Human Rights of the Standing Committee on Foreign Affairs and International Development of the Canadian parliament.

She noted that the military opened fire on the protesters after creating a three-formation line.

Debunking claims by the Nigerian Army that soldiers fired blank bullets into the air, DJ Switch said the soldiers shot at them.

She told the Canadian parliament that she counted not less than seven persons shot, adding that one of the soldiers threatened to shoot her.