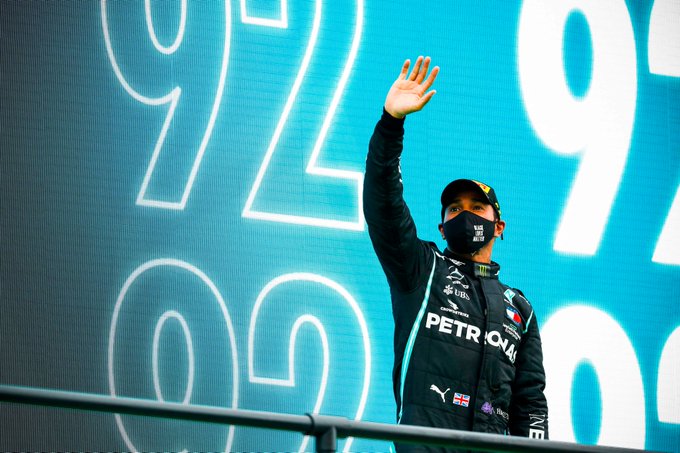 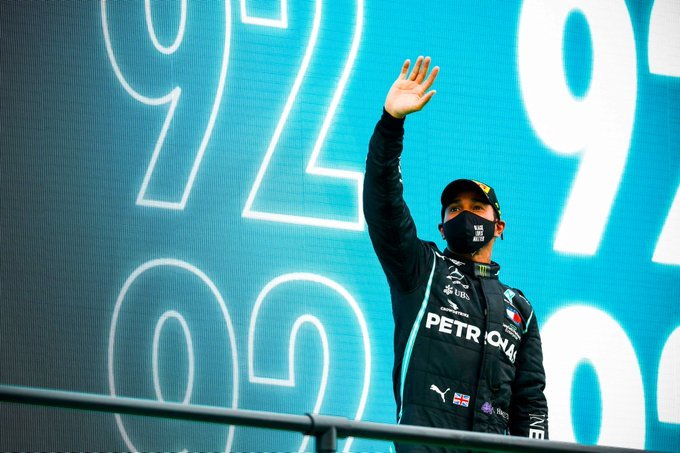 Lewis Hamilton wrote his name in the history books today by joining Michael Schumacher as a seven-time F1 world champion.

Hamilton did it in style, starting sixth on the grid at the Turkish Grand Prix in Istanbul.

He won the race and became statistically the most successful driver of all time, holding or sharing all of F1’s biggest records

The victory in Turkey, was Hamilton’s 10th of the season and 94th of his career.

It took him to a tally of 307 points, 110 above team mate Valterri Bottas.

It was also his fourth consecutive Formula One drivers’ championship.

The 35-year-old Mercedes driver already had more race wins, pole positions and podium finishes than any other driver in the history of the sport.

“Thank you so much guys…that’s for all the kids out there who dream the impossible. You can do it too man, I believe in you guys,” he whooped over the radio after taking the chequered flag.