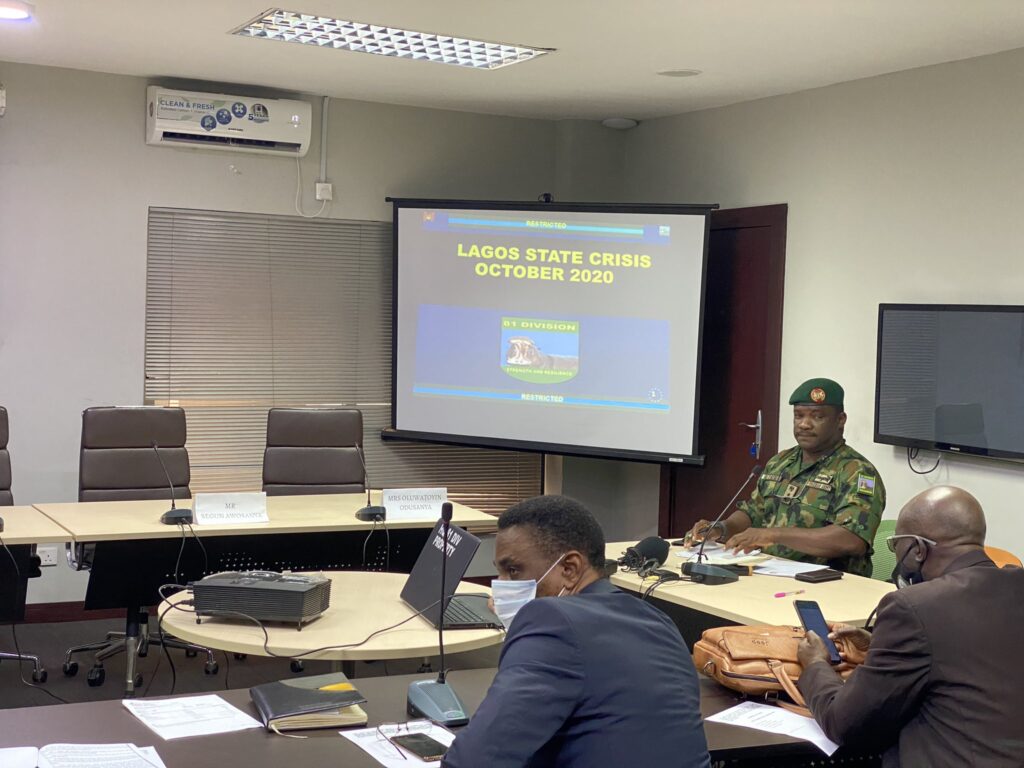 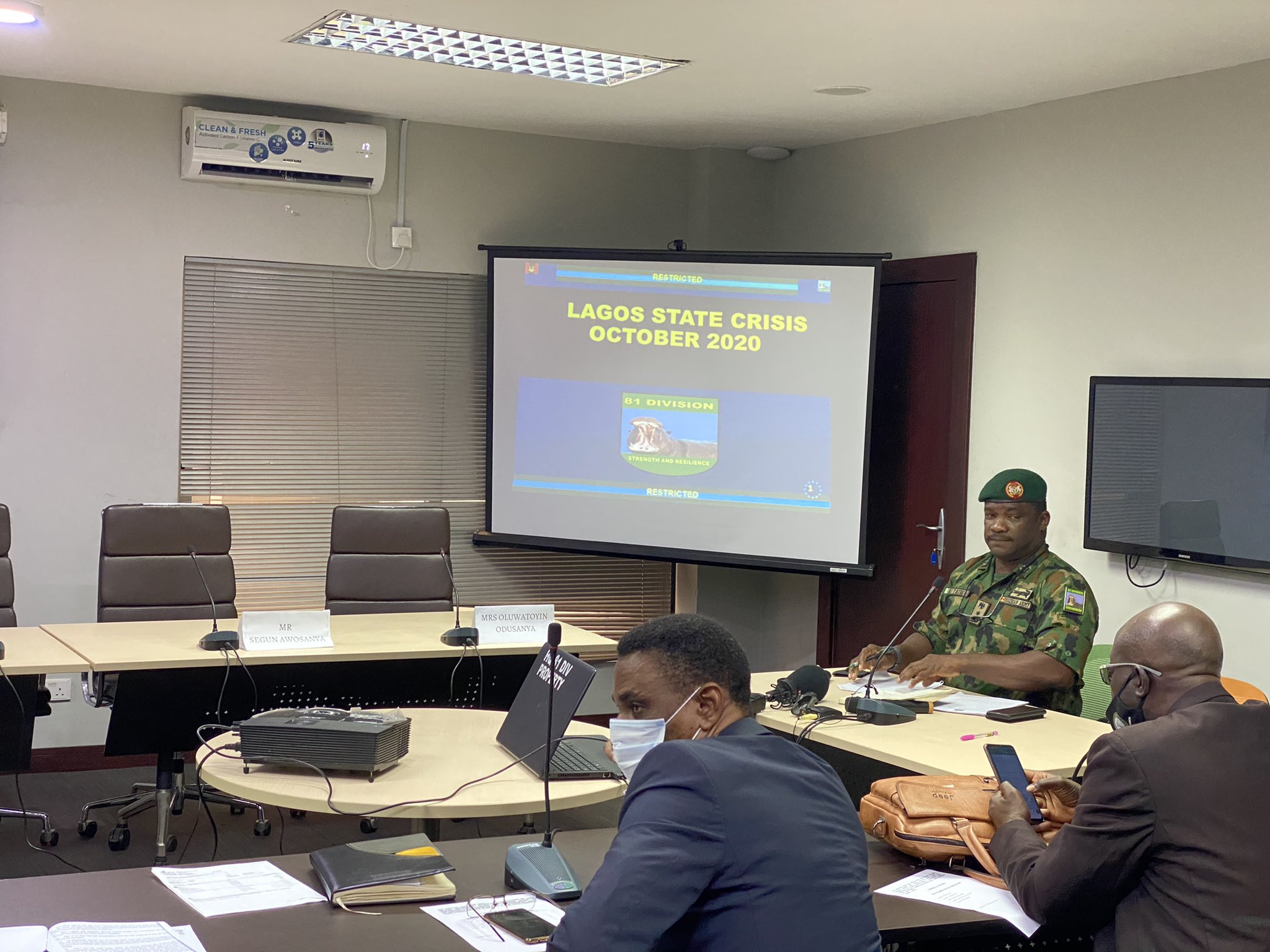 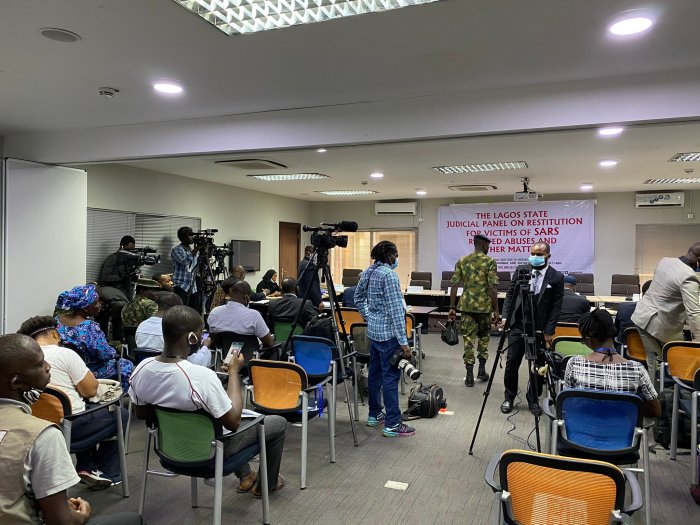 Soldiers arrived the venue of the sitting

Officials of the Nigerian Army, 81 Division, Lagos, are currently appearing before the Lagos State Panel of Inquiry over the alleged shooting of #EndSARS peaceful protesters on October 20 at the Lekki Toll Gate.

The Army had earlier stated that it would not appear before the panel as they believed that it was not the panel’s “duty” to invite the army.

They later submitted their report before the panel but the absence of the two youth representatives serving on the panel stalled Saturday, November 7, proceedings and the Army officers could not testify.

PM News reported that the duo, Temitope Majekodunmi and Olorunrinu Oduala, on Saturday, November 7, 2020, shunned the sitting of the judicial panel in protest against the freezing of the bank account of those who were linked to the #EndSARS protests.

Chairperson of the Lagos State judicial panel of inquiry, retired Justice Doris Okuwobi, said due to the absence of the youth reps, proceedings will not hold because the panel could form a quorum.

However, the panel resumed today and the army officials have arrived at the Lagos Court of Arbitration, the venue of the probe with three Lieutenant Generals and a Lieutenant Colonel who will testify before the panel.

Soldiers, lawyers, journalists and other persons are currently waiting for the arrival of the panel members.

Security operatives believed to be soldiers had on the 20th of October 2020, brutally opened fire on peaceful #EndSARS protesters at the Lekki toll gate, this led to the death of some of the protesters with several others injured.

The Nigerian Army had initially denied reports of being at the scene of the incident but later admitted that the Lagos State Government invited them to ensure peace and calm on the streets amid the protests.

The Army also vehemently denied using live ammunition on the #EndSARS protesters who gathered at the tollgate, adding that soldiers did not take any dead bodies away, contrary to reports by eyewitnesses.