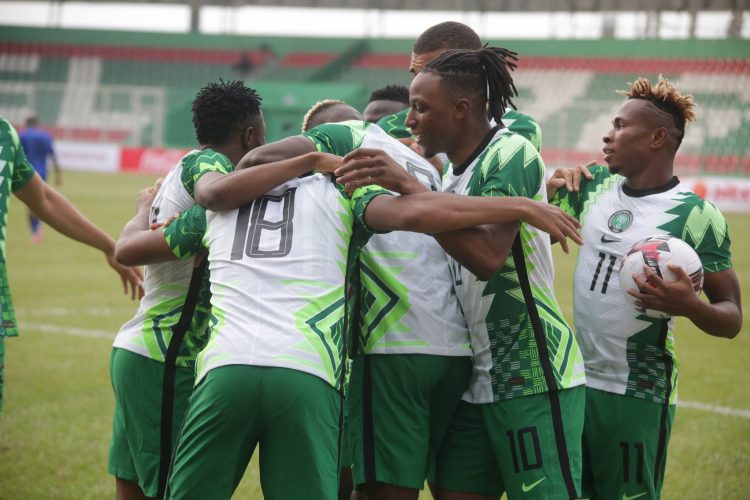 AFCON qualifier: Super Eagles 4-1 up against Sierra Leone in first half

Super Eagles players celebrate one of their goals –> 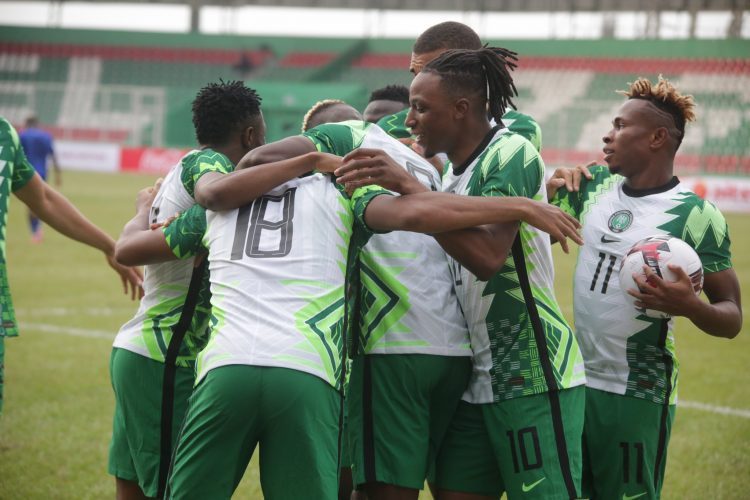 Super Eagles players celebrate one of their goals

Napoli star, Victor Osimhen made it 2-0 for Nigeria on 22 minutes of play in the first half.

Iwobi got his brace to make it 3-0 for the Eagles on 28 minutes. 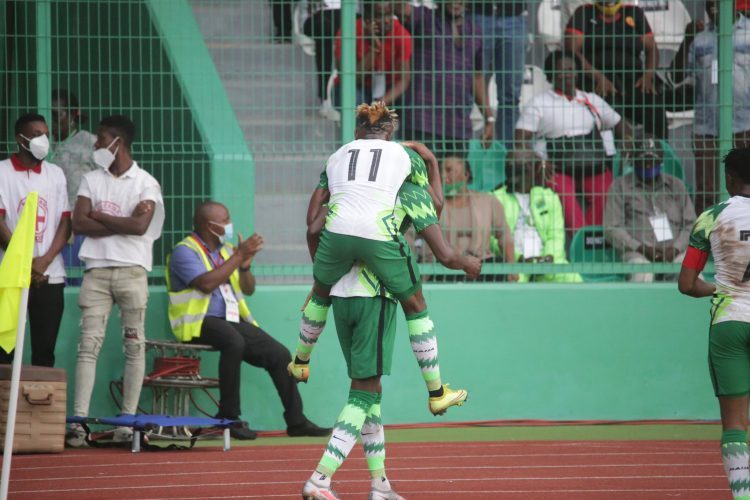 Samuel Chukwueze scored on 31 minutes to make it 4-0 for the Eagles.

Sierra Leone pulled one back on 43 minutes through Kamara go make it 4-1.

If the Eagles win the match, they will have maximum nine points from three matches and may qualify  for AFCON with more games left to spare.