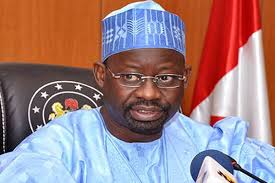 Governor Inuwa Yahaya made the allegation while announcing the discovery of 2557 accounts linked to the state government.

He spoke at the opening of a one-day workshop on Treasury Single Account (TSA) on Cash Management Strategy for Chief Accounting and Paying Officers and Heads of MDAs/Higher institutions in the state.

The governor said the discovery showed the enormity of the financial indiscipline and opacity bequeathed to his administration.

He said: “The exercise has no doubt recorded tremendous successes. A total of 2,292 accounts linked to the state government were captured by the NIBSS and additional 265 hidden accounts were discovered. The sum of N1.48 billion was discovered from 860 accounts that were hitherto dormant or undisclosed. The 586 dormant accounts were closed after generating their annual account statements for proper reconciliation and documentation. This shows the enormity of the financial indiscipline and opacity inherited by our administration.”

According to the governor, with the present situation, the state has no option but to either reform or go under.

“It is either we reform or we perish; Gombe state gets about N3.5 billion as statutory allocation. We are hovering between N200 million and N400 million Internally Generated Revenue (IGR). The water board alone on the average is taking about N400 million monthly. N1.35 billion goes to the civil service, who are only about 67, 000 in the state out of the population of merely 3.5 million people.

He said the workshop is aimed at equipping the accounting and paying officers and chief executives of tertiary institutions with the relevant skills and techniques in order to meet the demands of the new TSA regime adding that the state government TSA policy is geared towards the promotion of sound financial discipline and entrenching a culture of accountability and transparency in governance.

Yahaya said: “It is worthy of note that on our coming to office on May 2019, we met the State finances in a delicate situation, characterised by high debt burden, wastefulness and lack of accountability.