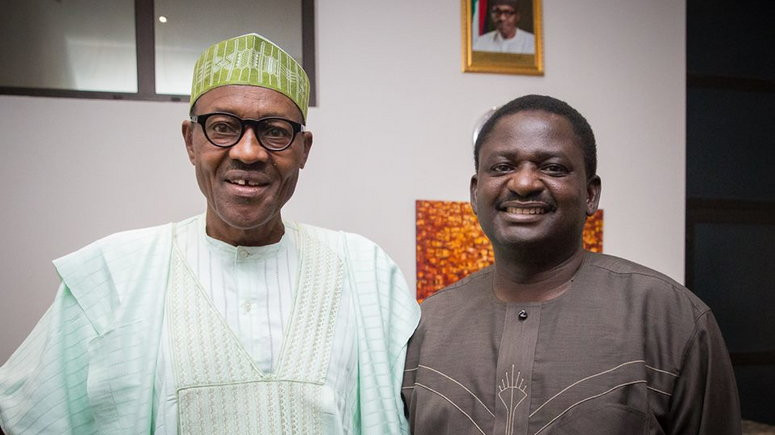 #EndSARS: “If Buhari Hadn’t Exercised The Tolerance Of A Father, We Would Have Been Talking About Something Else Now” – Femi Adesina

Special Adviser, Media and Publicity to the President,  Femi Adesina has stated that if the president had not exercised the restraint and tolerance of a father, Nigerians would have gotten something worse than what happened after the #EndSARS protests against police brutality was hijacked by thugs.

In an article he released today, Adesina said all through the EndSARS protest and the riots, mayhem, and looting that followed, President Buhari acted like a father.

His Article In Part Reads;

”There is truly a huge difference between an instructor, a tutor, and a father. One is a hireling, procured to pass knowledge, while the other is an insider, an interested party who is “pater familias,” (as my late dad would say). All through the EndSARS protest and the riots, mayhem and looting that followed, President Buhari acted like a father. And though we have millions of instructors in this country, we have not many fathers. President Buhari is one.

The President is by no means a soft man. We remember the man of iron and steel that ruled with iron fist between January 1984 and August 1985, with his kindred spirit, Babatunde Idiagbon. They attempted to knock sense into our heads as Nigerians, but were eventually toppled by people who had less patience for discipline.

Is President Buhari as hard as he was in 1984? Yes and no. In personal traits and attributes, he remains the unbending iron. But in terms of administration and response to people and situations, he is tempered by democracy, and by time. What he could do by military fiat then, he must pass through democratic due process now. He wore khaki then, now he wears Agbada. No wonder he now talks longingly about the time “when I was young and ruthless…” Well, he is no longer young, and he must be more avuncular, even fatherly, for that is what he is. And ruthlessness has not much place in democracy , if any at all.

That was why when the EndSARS protest started, and began to fester, and was eventually hijacked and misdirected, President Buhari did not change the instructions, the rules of engagement to security agencies, particularly the police. Things began to degenerate. Policemen were being killed, prisoners being set free, roads and airports being blocked, the economy was being locked down once again after the about five months lockdown imposed by COVID-19, yet the President did not change the order to the police, particularly. It was not till last week that the Inspector General of Police instruct his men to now use ‘lawful force’ to confront any insurrection. Sadly, scores of them had been killed in cold blood, scores of patrol vehicles torched, and over 200 police stations, public and private property burnt.

If President Buhari hadn’t exercised the restraint and tolerance of a father, at a time that even hitherto respected people instigated the protesters to carry on (and they promptly went underground when anarchy ensued), we would have been talking of something else in the country. The rivers of Nigeria could have turned crimson, and mourning and lamentations would have suffused the land. But we are thankful for the father in President Buhari, patient and enduring, almost to a fault.

In his national broadcast, he said instigators of the riots misunderstood the pacifist nature of government for weakness. “We are not only in government, we are also in power,” Gen Ibrahim Babangida had said in 1993, after he annulled the free and fair presidential election of that year. If President Buhari had wanted to show that he ‘was in power,’ something quite unsavory could have happened in the land. But he rather chose to be a father. Ye have many instructors, but not many fathers.”