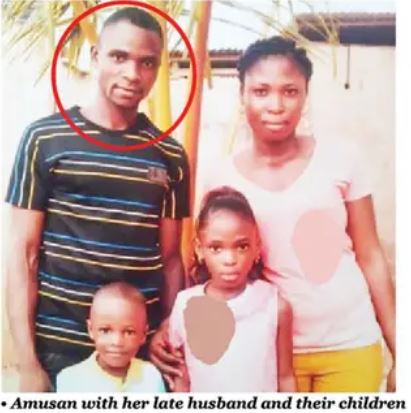 My Husband Was Killed By Stray Bullet, But Governor, Police Denied It – Ogun Widow Of Bricklayer Speaks 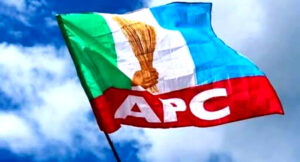 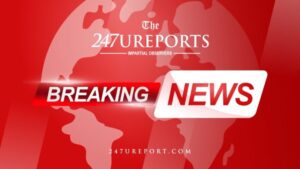 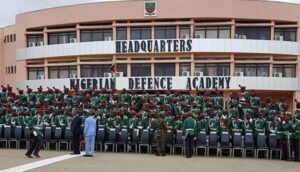 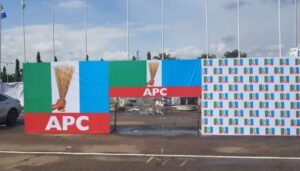 The widow of a bricklayer who was killed by a stray bullet has talked about the incredibly sad incidence in this interview with The PUNCH.

A 32-year-old bricklayer, David Amusan, was killed by a stray bullet in February when policemen allegedly opened fire on protesters in Ogun State expressing their anger over the death of Remo Stars football player, Tiamiyu Kazeem, killed by an operative of the Special Anti-Robbery Squad. Amusan’s 24-year-old widow, Odunayo, speaks with DAUD OLATUNJI on her husband’s death and the failure of the police and Governor Dapo Abiodun to deliver justice.

I sell provisions in front of my house.

How many children do you have?

We have two children – a boy and a girl.

How did Kazeem die?

That day, my husband went out to work and I was at home. Few hours later, he came back home; it was unusual for him to do that. He came around 11pm or 12pm; he said he came home to eat and I cooked for him.

After he ate, he said he was going out and would be back shortly. I thought he was going to visit my aunt who lives around because he only wore a singlet and had his shirt on his shoulders. Shortly after he left, I lay down, and while I was resting, a woman who was his boss’ wife came and asked for him. After a few minutes, his younger brother also came and asked me about his whereabouts. I told both of them that he went out. I also explained that he came back from work and decided to trek because he could not get a motorcycle, due to the violence that happened over the death of a footballer in Sagamu.

I told them that my husband had to go through the Government Reserved Area because where he was going was not too far from our house and that I saw him off. As I was discussing with them, I saw my brother-in-law, Mr Timothy, coming. When he joined us, he had a discussion with the woman and I discovered that his eyes turned ‘red’ (were bloodshot). My brother-in-law told me to go inside the house. The woman left and I asked my brother-in-law, who is also a welder, if he wanted to give him a job. He said no, he was just asking some questions.

How did you hear about your husband’s death?

I was shocked when my aunt, whom I thought my husband went to visit, called me that she passed by our house and didn’t see me outside. During this time, most of them had already seen his corpse and gone to identify his body. She asked me where I was; I said I was around our house. I became worried because of the call. I took my phone and called my husband’s line but he didn’t pick up. I called again; someone picked up and told me the owner of the phone was at Olabisi Onabanjo University Teaching Hospital, Sagamu. He said my husband was in the mortuary. I was surprised and started questioning the person.

Shortly before that time, there had been a riot in Sagamu over the death of a footballer and the tension had gone down. People had started moving about and were going about their business. I hung up and called his other line. The same person picked up and said he was being driven away and that whoever knew my husband should go and claim his body at OOUTH. I became agitated. My body was shaking; people had already known what happened. People had gone to call my mum to come and get me. They collected my phone to stop me from calling my husband. I told the person that my husband went to work, but they said he had been hit by a stray bullet, while he was trying to cross the road. I learnt that after he was shot, some people took him to the hospital.

When did it happen?

It happened on Monday, February 24, 2020. He was killed at Mosimi Phase I on Awolowo Street. They said a footballer was killed. They called him Kaka. He was killed on Saturday. Some people protested on Monday. And where we live is far from the main road; I don’t have any business besides taking my children to school and going out to buy one thing or another. That day, two days after the footballer was killed, I just saw that people were running and locking their doors. That was why I went inside my house too and I called my husband. He said he was going to work and that he had left for work before that incident happened. He was at work, but he had to come back home because one of those he worked with lost a sibling. That was why they couldn’t work that day. My husband did not know Kaka at all.

What do you miss about your husband?

I miss him a lot. He paid our children’s school fees. I trade in petty goods, using just a small space in front of our rented apartment. He provided money for feeding. He was an orphan and he was the firstborn. He had two younger siblings. He paid the house rent, fed us and paid the bills. He did everything.

How have you been taking care of yourself and children since your husband’s death?

There is no one helping me except God because his family is not in Sagamu. They are in Ilora, Oyo State. He had been living in Sagamu before we got married; he learnt how to do bricklaying in Sagamu.

What challenges have you faced since your husband’s death?

I have no one; our landlord has threatened to evict us from where my children and I live by December. The landlord said he wants to use his house. Our money will be due in December. In fact, my husband got a loan of N200,000 from the cooperative society with which he bought land. That is where we buried him. There is nothing on the land, I told them to bury him there so that the land would not be taken away from us by land grabbers. The owner of the land has not even collected the balance because of what happened; he said he would give me time to pay the balance.

What were his dreams?

He promised to develop that land because we live in just a room where we rented. He wanted to build his own house and get a shop for me. I got a loan to do the little sales I do. He told me not to do anything but I couldn’t just be sleeping and waking up. There were some things I would need money to do and would not be able to ask of him.

How did you feel when you saw his corpse for the first time?

I was sad when I first saw his corpse. Each time I think about it, look at our children or remember seeing his corpse, I’m always sad. He was not troublesome. He was not a cult member; he never slapped me as his wife. We never had arguments that got so heated and got the attention of our neighbours. He died the month his children celebrated their birthdays. They were born in the same month, though they are not twins. One of them celebrates his birthday on February 19 while the other celebrates his on February 20. The older one is seven; the younger is five.

What steps have you taken to get justice?

I didn’t take any step because whoever wants to sue the government must be well fed and come from a renowned family. I have nothing – no money to give lawyers.  I am alone; I have no one except God. There is no one to run to. He was an orphan and I have no father. If we had money, I would have known what to do since the incident happened. His corpse was treated badly. We were treated like we are nobody. I have been paying our children’s school fees and have nothing to sell again.

Where was he shot?

He was shot in-between his neck and chest.

Few days ago, the police and governor said no one died apart from the footballer. Did you hear them?

He was not taken care of at all at the hospital he was taken to. He was abandoned. I have been hearing about bad hospitals; OOUTH is on another level. He was placed on the bare floor. He was not given any treatment. His naked picture was posted; he had nothing on him. I know there is justice. Nobody has ever visited me – not even the governor. No one acted as if something happened.

What do you want the government to do?

They should assist me, especially with the education of our children. Their father used to tell them that he would send them to school because he believed life would be meaningless without education. I took a loan from a microfinance bank and you know if I remove the school fees of two children from N100,000, I will have a huge debt to pay. I just want assistance for my children’s education from primary school to university. Feeding children is not easy. 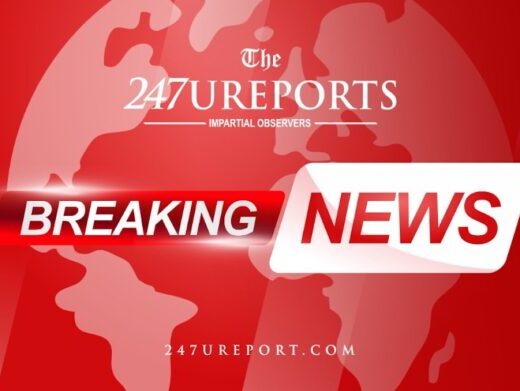 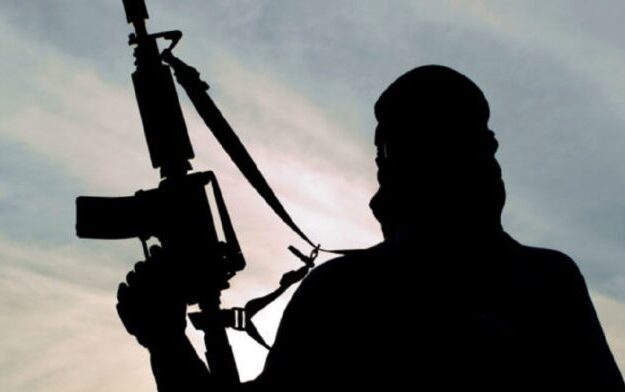 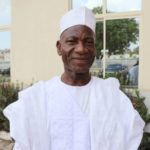 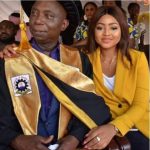 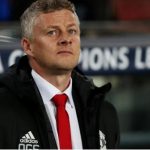 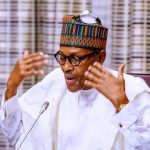