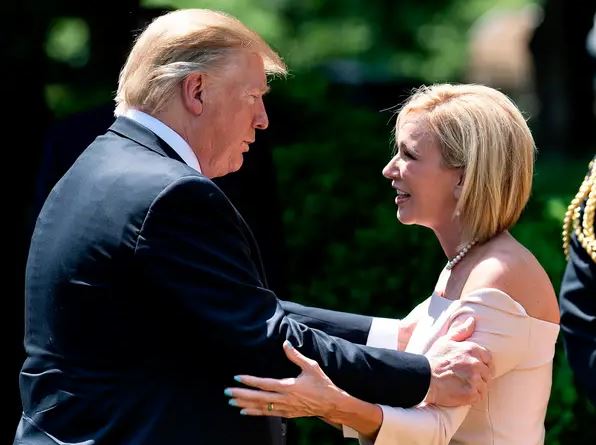 A video has surfaced online showing Donald Trump’s spiritual adviser, Paula White speaking in tongues and praying for his victory in the on-going elections.

There is tension in both camps, as no one can clearly state they have already won the tight presidential poll.

Joe Biden has expressed confidence that he will win the election and has enough states in the bag to reach the magic number of 270 electoral votes.

His statement came as he was projected to win the critical battleground states of Michigan and Wisconsin, taking his tally to 253. He also holds narrow leads in swing states of Nevada and Arizona, while President Donald Trump leads in Pennsylvania, Georgia and North Carolina.

In the video, White can be heard saying, “I hear a sound of victory. The Lord says it is done. For I hear, victory, victory, victory!” She added that “Angels are being dispatched right now.” And then it got a little bizarre. “Angels have been dispatched from Africa right now. They’re coming here, in the name of Jesus.” She continues her chant in Latin, and repeats “I hear the sound of victory” several times in the video.