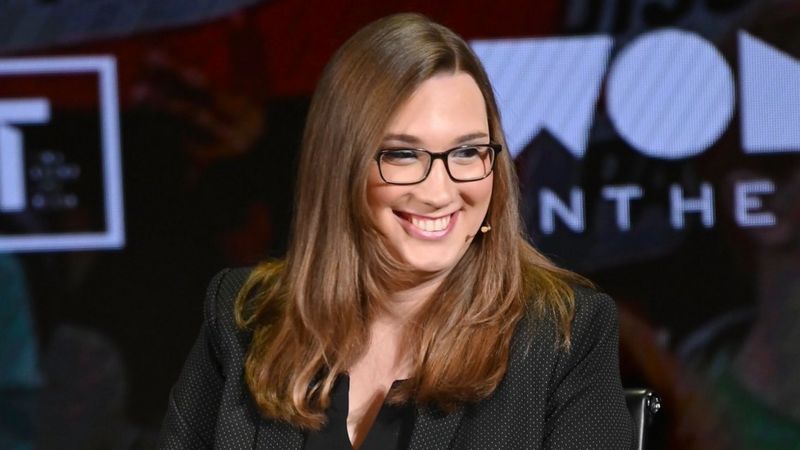 Wow! Sarah McBride Makes History As The First Transgender Woman To Become A Senator In The US

An American woman, Sarah McBride has made history, BBC reports.

McBride has now become the very first transgender state senator in the US after she won her race in Delaware.

She beat Republican Steve Washington to take over the seat from Democrat Harris McDowell, who is standing down.

Ms McBride, 30, has worked as the press secretary of LGBTQ advocacy group the Human Rights Campaign and was a trainee in President Obama’s White House.

She is one of a handful of candidates who has made history in a nail-biting night across the country.

“I hope tonight shows an LGBTQ kid that our democracy is big enough for them, too,” Ms McBride tweeted after her win.

Ms McBride is not the only transgender candidate to make history during the election. Vermont’s Taylor Small, 26, was elected to the House of Representatives, while Stephanie Byers made history in Kansas as the first trans person of colour to ever be elected to a state legislature.

In Oklahoma, Mauree Turner became the first ever non-binary candidate to win a seat in a state legislature.

And in New York, Mondaire Jones and Ritchie Torres won their seats and became the first black openly LGBTQ people ever elected to Congress.

“Mondaire and Ritchie have shattered a rainbow ceiling and will bring unique perspectives based on lived experiences never before represented in the US Congress,” Annise Parker, of the LGBTQ Victory Fund, told Pink News.