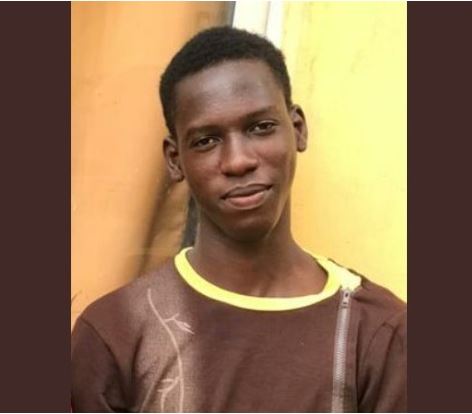 The death of Onifade Pelumi, who has been missing since Saturday, October 24, 2020, has been confirmed, The PUNCH reports.

The death was confirmed by the management of an online channel, Gboah TV, which Pelum worked for as a reporter.

In a statement, the medium said young Onifade was covering the scene of a mob attack at a government facility in the Oko Oba axis of Agege Local Government Area when operatives of the Lagos State Task Force stormed the scene and engaged hoodlums who attempt to loot palliatives at the Ministry of Agriculture store in the Abattoir area of the state.

Pelumi, an intern with the online TV, was reportedly wounded during the task force duel with the miscreants who hijacked the #EndSARS protests against police brutality.

The TV station also claimed the wounded reporter was taken away by the men of the Lagos task force and “was later found dead at Ikorodu mortuary after days of searching all police stations and meeting with the Lagos State task force.”

The statement partly read, “It has been confirmed that the Gboah TV staff, ‘Onifade Pelumi’, arrested by the Lagos State Task Force at the Ministry of Agriculture, Abattoir, Agege, is dead.

“The Police are currently investigating the matter and have assured the management, the family and community that the investigation will be thorough and swift.

“Onifade Pelumi died while covering the scenes at the site of the palliative storage centre. He will be deeply missed.”

The Chairman, Lagos State Task Force, Yinka Egbeyemi, in an interview with The PUNCH on Wednesday, said the matter has been forwarded to the Lagos State Commissioner of Police, Hakeem Odumosu.

“Please contact the PPRO for insights on the matter. The case is under investigation and it has been transferred to the Commissioner of Police,” Egbeyemi said.

When contacted, the Police Public Relations Officer in that state, Muyiwa Adejobi, asked for more time to seek information on the incident.