“If You Try Me, You Try God” – Filmmaker, HG2 Accuses Davido Of Planning To Kill Him

Popular filmmaker, HG2 has made a shocking claim on his social media page that award winning singer, Davido, is trying to kill him.

A few months ago, HG2 had also alleged in a now deleted the tweets that Davido and his team beat him up with a baseball bat and left him to die.

On Tuesday, the filmmaker made another accusation saying he heard Davido’s plans of trying to kill him and he just wanted to tell him if he dares tries him, he will be trying God because he is an orphan.

“I dey hear all your plans Davido am an orphan. If you try me, you try God. You cant kill me brov. @davido….Davido been saying so many shit about me…” 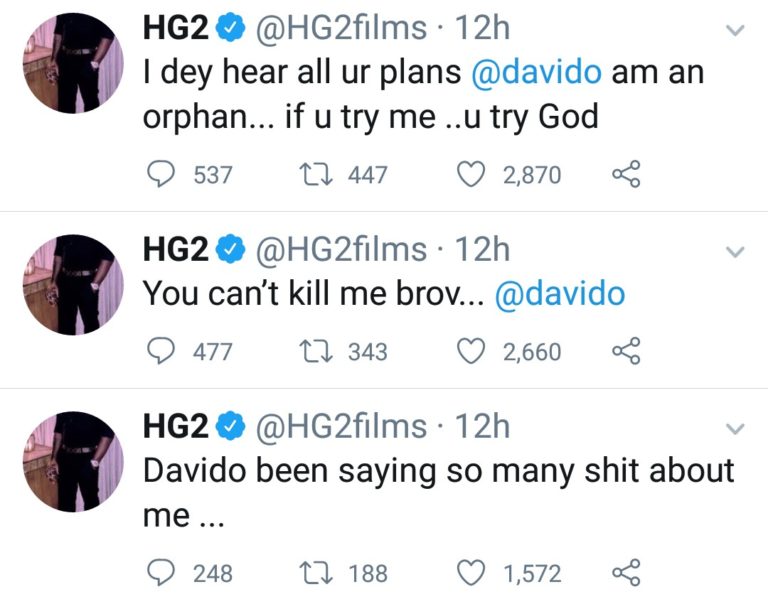 KanyiDaily recalls that Davido had publicly assured his fans that nobody can harm him, following a warning by controversial journalist, Kemi Olunloyo.