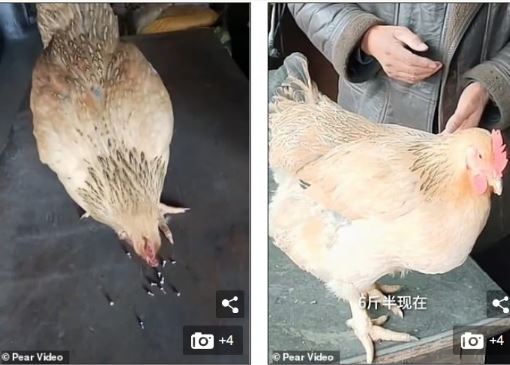 A chicken has become an online sensation in China because it loves eating iron screws.

According to Dailymail, the picky eater was spotted gorging on the metal parts by its shocked owner, Song Zhenduo, who owns an electrical repair shop in north-eastern Chinese province Heilongjiang.

Despite having strange taste buds, the bird is said to be in healthy condition and even heavier than its peers after enjoying the ‘nutritious’ meal.

Mr Song, who lives in the town of Hailun in Heilongjiang, bought a brood of chicks in July and kept them on a front yard outside his store.

While working at the shop one day, the chicken owner was stunned to see one of the birds picking up the iron screws on the floor before gobbling them down.

‘I was saying to my customer ‘shoot, the chicken is going to die tomorrow’,’ Mr Song told Pear, a Chinese video website.

To the man’s surprise, the hen was found roaming around the next day, seemingly unaffected by the unusual meal.

Mr Song said he didn’t find the screws in the chicken’s excrement, either.

Despite its strange food preference, the metal-lover is said to be in healthy condition and weigh about three kilos (6.6 pounds), one kilo (2.2 pounds) heavier than its peers, according to the owner.

‘Other chickens would fight to get the screws when they saw [it eating the screws],’ Mr Song said. ‘But they would then spit them out.’

He even had to hide the iron screws from the hen to avoid it from eating them. 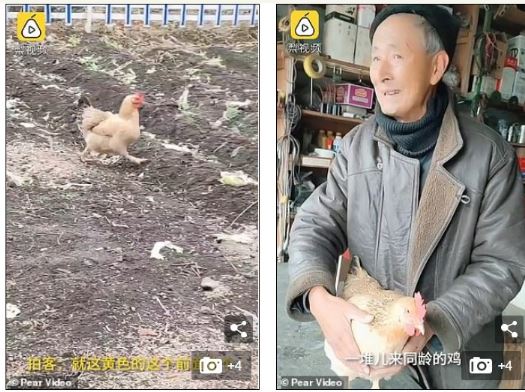 The chicken is believed to contain ‘acid substances’ that could dissolve the metal parts after consuming them, according to a staff member from the local ministry of animal husbandry.

It ate screws without excreting them. The screws would have been dissolved due to having acid substances,’ the employee told reporters.

Footage of the hen eating screws amused millions of social media users on Weibo, the Chinese equivalent of Twitter, after being shared yesterday.

One commenter jokingly wrote: ‘The chicken is trying to get some iron to achieve a nutritious diet!’

Other netizens urged the owner to take his pet for an examination, arguing that the screws may have been left inside the animal’s body.

One of them said: ‘You should take it to have an X-ray scan. The screws might still be inside. I don’t think they have been ‘dissolved’.’