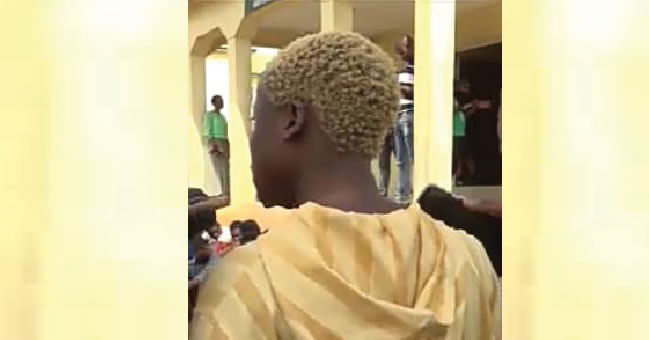 A “sex worker” identified as Suliya Tajudeen, has told of how she ended up having two stolen iPhones in her possession.

Suliya narrated to The PUNCH how she allegedly stole two iPhones during the looting at a mall in Osun state.

The #EndSARS protests degenerated into chaos in different parts of the country as malls, properties and warehouses were looted and vandalised.

Speaking with PUNCH, Tajudeen said she had an hair appointment at the mall when hoodlums broke in.

While hiding in fright, she said she found two iPhones near her, took them and hid them under her clothes.

“I could not go out because I believed those that came into the premises might injure me, so I hid. When the hoodlums were looting shops, the rest of us hid in different places, ” she said.

“The hoodlums were moving from shop to shop, stealing items. They got to a phone shop and looted it. While they were carting away many phones, two iPhones fell near where I was and I picked them up.

“I can’t recognise those people, but they stole a lot of phones. I won’t lie, I took the iPhones and hid them under my clothes and went home.”

On getting home, Tajudeen said she put SIM cards in the phones but she insisted that her plan was to return them.

She explained that she was unable to do so as police officers tracked the phones and arrested her.