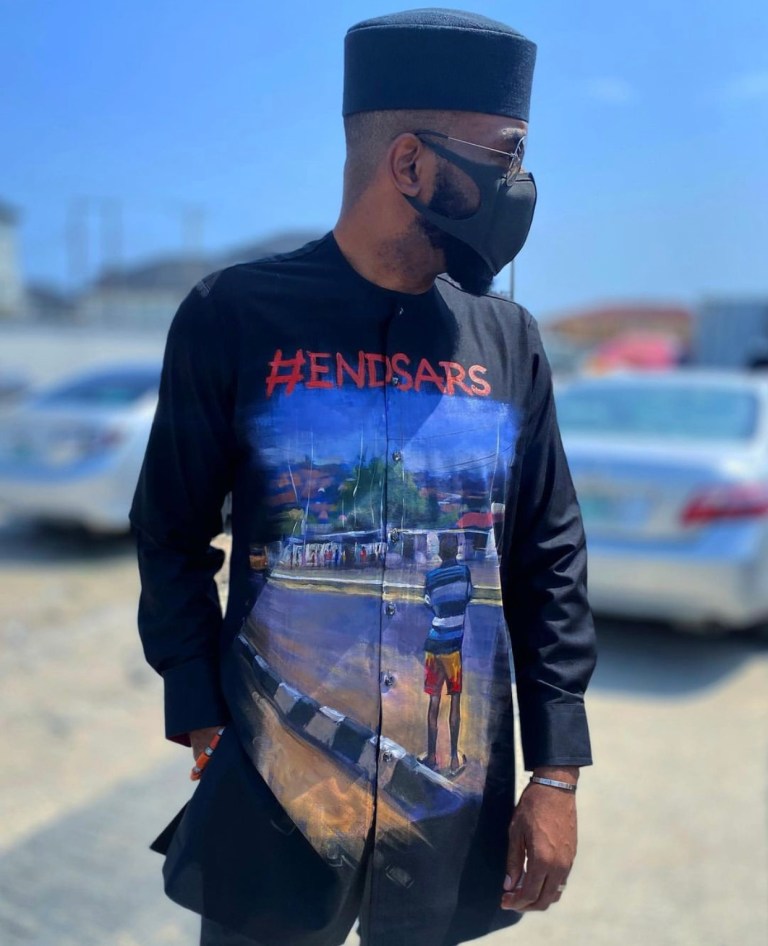 Ebuka Obi-Uchendu, the popular Nigerian media personality and TV host is known for knowing how to dress to kill.

On Saturday, the BBNaija show host shared a photo of himself wearing an #EndSARS-inspired attire.

His shirt has a pictorial of Late Jimoh Isiaq, who was shot dead by the police on October 11, during an #EndSARS protest in Ogbomoso, Oyo State.

Jimoh was standing far away, watching protesters when police officers used live bullets to disperse the crowd and in the process, Jimoh was hit.
Stray bullets hit Jimoh Isiaq during the #EndSARS protest in Ogbomosho.

He was confirmed dead at Ladoke Akintola Teaching Hospital, Ogbomoso.

Check out Ebuka’s shirt below