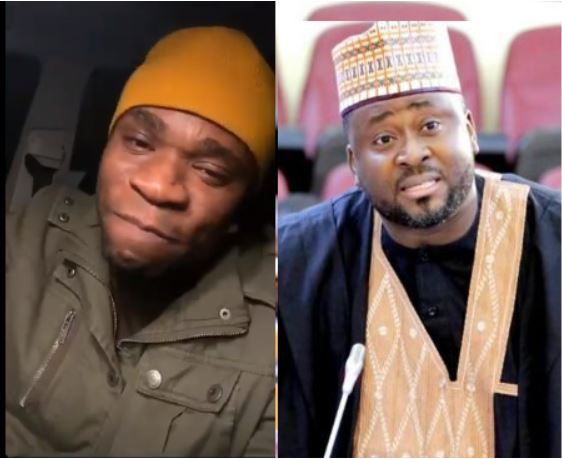 Nigerian singer, Speed Darlington has joined the list of people who have slammed lawmaker, Desmond Elliot over his recent comments about the Nigerian youths, celebrities, and the use of social media which sparked outrage.

Recall the actor turned politician was heavily dragged on social media last week after a video of him referring to youths as ”children” while reacting to the crisis that broke out from the #EndSARS protest, surfaced online.

Speed while reacting to Desmond’s statement during a recent Instagram Live session, said he believes the lawmaker representing Surulere constituency wants to run for President based on what he’s seen and read online.

The Instagram sensation and singer, who has repeatedly said he wants to contest in the next Nigeria presidential election, stated that he won’t allow Desmomd take his ‘life dream’ away from him.