Mrs Ndubuisi Obiechina and her husband at the panel. Photo: The Nation –> 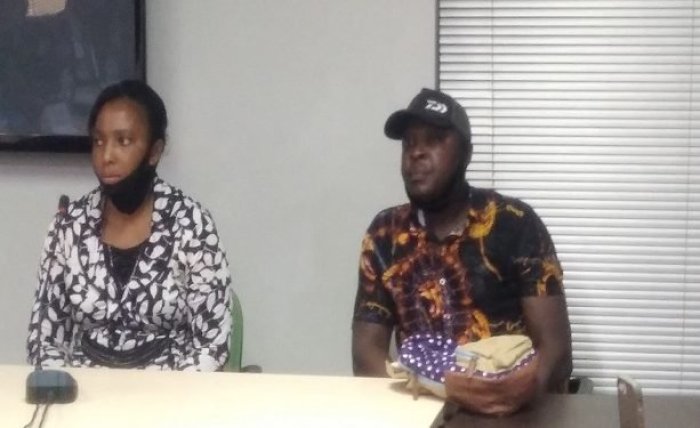 Mrs Ndubuisi Obiechina and her husband at the panel. Photo: The Nation

A school teacher, Mrs Ndubuisi Obiechina, has told the Lagos State Panel of Judicial Inquiry into SARS brutality how she was detained by the Special Anti-Robbery Squad for 22 days and tortured until she lost her pregnancy.

Obiechina spoke at the panel on Saturday.

She was arrested by SARS operatives in 2017 on allegations that she was a thief and a kidnapper.

Obiechina, a school teacher said she was tortured until she lost her two-month-old pregnancy.

She gave the name of the officers who tortured her as Phillip Rilwan, Christian and Haruna Idowu.

According to her, the SARS operatives stole her husband’s N50,000 and compelled them to cough up N400,000 as bail, before they were freed.

Obiechina, who was at the panel with her husband said on June 1, 2017, she received a text message from an unknown number that he had a parcel from DHL, adding that a caller using different numbers asked for her home or office address and that she gave him her school address upon her husband’s advice.

She narrated that the following day, she saw a black jeep with huge men inside it, saying that one of them was in a DHL uniform and that they immediately approached her and started beating her

“They said I should enter inside. They said I was a thief, an armed robber. The one in the DHL uniform removed it. My HM (headmistress) was peeping at us. I said let me go and tell her. They said no. I said my kid is there, they said no, that I should follow them, that my kid would die there,” she explained.

According to her, her headmistress came to the gate as they pointed a gun at her, explaining that she asked what was going on and that they told her that she was a thief and a kidnapper and must follow them, identifying themselves as SARS operatives.

Obiechina explained further that they pushed her inside the car and moved away, while the men were slapping and beating her.

She said she was two months pregnant and started vomiting, saying that was when they found out  she was pregnant, but that they kept torturing her and that she told them she did not know the suspect they were looking for.

After taking her to their Ikeja office, she said they took her to a shrine and hung her up as they began to beat her severely, threatening that they would force her baby out unless she produced the person or die there. 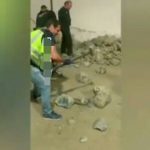