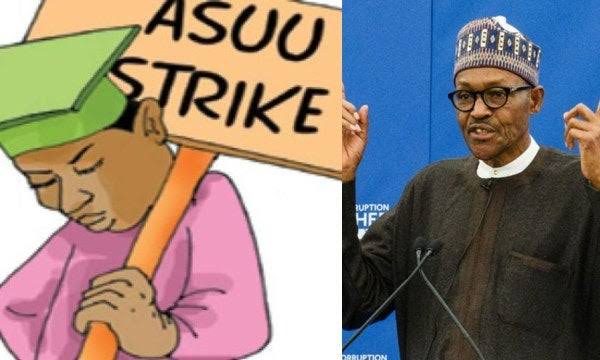 The Academic Staff Union of Universities (ASUU) has accused the Federal Government of frustrating efforts to end the ongoing eight-month-old strike.

The accusation is coming few days after ASUU revealed that its ongoin strike action will continue because the government is yet to conduct an integrity test on the University Transparency and Accountability Solution (UTAS).

Speaking on Channels Television programme, Politics Today, ASUU National President, Prof Biodun Ogunyemi explained that the government’s delay in adopting UTAS, is one of the major reasons why the strike has not been suspended.

“The strike is still on as a result of the federal government not taking the necessary steps. We gave them two weeks to address our five-point demands,” he said.

“We engaged the government but they were not forthcoming. They had a whole year to address those issues. They gave us positions that were not acceptable to our members.

“During our first meeting, we thought they we are almost resolving the issues. What compounded the problem is the issue of IPPIS. We have said that it is a distraction. There is no university in the world that IPPIS is being used.

“We have done three presentations of UTAS to the Minister of Education and his team, the leadership of Senate and Office of the Accountant-General. They only agreed that UTAS is accepted in principles.

“We are almost getting UTAS approved but the government is saying that our members should first migrate to IPPIS before returning to UTAS. That makes no economic sense. The government has made it difficult for smooth negotiation. They said our members will be paid when they move to IPPIS.”

KanyiDaily recalls that ASUU had came hard on the Minister of State for Education, Mr Chukwuemeka Nwajiuba, urging him to resign as minister, and return to farm.