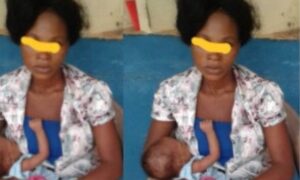 Woman Arrested For Attempting To Sell Her Own Baby For N150,000 In Anambra 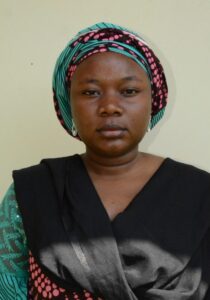 A combined tesm of the Nigerian Army and the Police foiled a jailbreak attempt at the Ikoyi Prisons, Lagos, on Thursday. They had to confront some hoodlums who were at the vicinity to aid escape of prisoners.

A source disclosed thst the inmates were trying to break out of the prison cells before the intervention of the security operatives. They had set the Chief Wardens office on fire to create confusion in the prison yard.

One of the inmates had lost a brother to the raging mobs outside or police during the riots. A source said that while the inmate was talking on the phone, the Warder seized his phone, and the inmate went berserk and started a fight which others quickly joined. The fight degenerated into an attempted jail break. The Chief Wardens office was burnt.

The Computer Training Centre Records and the Administration Office were damaged by the fire.

Meanwhile, the inferno at the Ikoyi prisons is being brought under control; including the movement of the prisons inmates.

The prisons premises and the neighbourhood have been cordoned by security operatives after reinforcement was called to help those on routine duties in the Prisons Service. The Army and Police drafted to reinforce the prisons staff engaged the hoodlums who converged near the prisons to aid the escape of inmates by absorbing them in the crowd as witnessed in the Edo incident.

Massive security have been deployed to both the Kirikiri and Ikoyi prisons.

The Lagos episode is coming after the jailbreak incident in Edo State. The protesters were accused of the plot to release some prisoners but the video clip of the attempted jailbreak showed that the protesters were all outside the Prisons yard, and no where near the entrance gate. The prisons officials were suspected to have plotted the escape of the prisoners. The gates were opened and the escapees were aided to jump the high fence guarded wire sharp security wires. The escapees after jumping the high fence were however absorbed in the crowd by the hoodlums.

The intervention of the police on duty who immediately called for their guns on sighting the prisoners jump the fence, reduced the number of escapees in the Edo jailbreak.

It is not unexpected that in times of chaos and threat of lawlessness as it is currently in Nigeria, prisons and some public institutions may be on target, sometimes from within. There have been attacks on courts, police stations and others by hoodlums in the aftermath of the Lekki toll gate shooting on Tuesday. 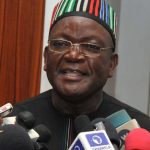