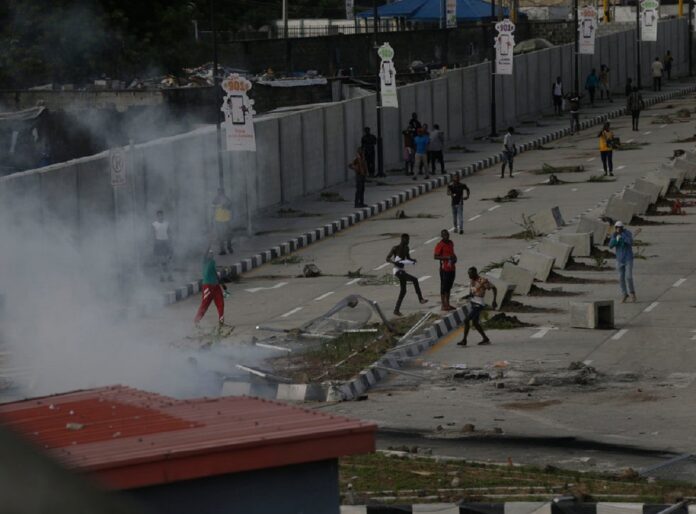 The Peoples Democratic Party (PDP) charges the Buhari Presidency and the
All Progressives Congress (APC) to take responsibility for the shooting
and reported killing of peaceful and unarmed young protesters by
military operatives at Lekki Toll Gate in Lagos on Tuesday night.

President Buhari is the Commander in Chief of the armed forces and the
buck stops on his table.

Our party is however shocked at President Buhari stance, particularly
his inability to demonstrate the capacity for concerned, attentive and
proactive governance and command structure, while the nation he presides
over dangerously slides into anarchy.

A well structured governance response from Mr. President, as the father
of the nation, would have calmed frayed nerves and averted the crisis,
violence, deaths, destruction of property and the avoidable loses we are
witnessing today.

It is indeed heartrending that our once united, viable, resilient and
cohesive nation handed over to President Buhari in 2015 is fast
collapsing in his hands.

In countries where presidents are alive to the demands of their offices,
the country would not be in turmoil with citizens being murdered in cold
blood as witnessed in our country in the last 48 hours, yet the
citizenry cannot find their president or Prime Minister coming out
personally to offer consolation, provide direction and give hope.

Moreover, the video showing police vans and vehicles belonging to other
security agencies bringing in and coordinating armed thugs to attack
peaceful protesters in Abuja points to serious complicity in high
places.

The APC and its agents in government circles had kept mute over reports
in the public space that they are behind the deployment of the armed
thugs to infiltrate peaceful protests and perpetrate acts of violence so
as to discredit the demonstration and justify their attacks on
protesters; a development that had led to escalation of restiveness in
various parts of our country.

Furthermore, the unexplained dismantling of security cameras and lights
at the Lekki Toll gate before military operatives opened fire on
peaceful protesters, further points to high-level conspiracy against
Nigerians.

Such unleashing of terror against peaceful demonstrators exposes a
dangerous recourse to barefaced brutality, violence and killing to
suppress and subjugate the Nigerian people.

Today, under the APC, our streets are stained with the blood of our
promising young ones. Our highways have been turned into battlegrounds
where thugs and security operatives mow down citizens and destroy
property with reckless abandon.

Painfully, every command structure that engenders good governance
appears to have collapsed and life is gradually returning to the Hobbes
“State of Nature” under a system that has gained notoriety for human
rights abuse, killings and deploying of security operatives, thugs,
vandals and bandits to assault Nigerians whenever they come out to
demand for good governance.

The PDP recalls how, in December 2019, thugs were brought in trailers to
unleash violence on Nigerians who were at National Human Rights
Commission office in Abuja on peaceful protest against series of human
rights abuses in the country.

Till today, the APC-led Federal Government has not explained how a
police helicopter was deployed to assault voters in the November 2019
Kogi state governorship election as well as the deployment of thugs to
burn a woman leader, Mrs. Salome Abuh to death.

Our party demands that President Buhari speaks out on the sorry state of
our nation under his watch and command.

His administration has assaulted the foundations of our nationhood and
he should accept responsibility.

The PDP condoles with the victims of this ugly situation foisted on the
nation by the APC.

Nevertheless, our party restates our belief in a stable, united and
indivisible Nigeria and urge all compatriots not to allow the misrule of
the APC to divide or make them lose faith in our nation.

The PDP will take necessary steps allowed within our laws and the
internationals treaties and laws to protect our citizens and democratic
order. 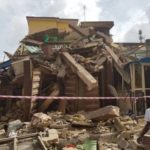 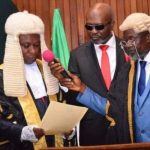 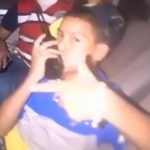 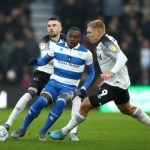 Osayi-Samuel: How My Parents Convinced Me To Snub Man United Move