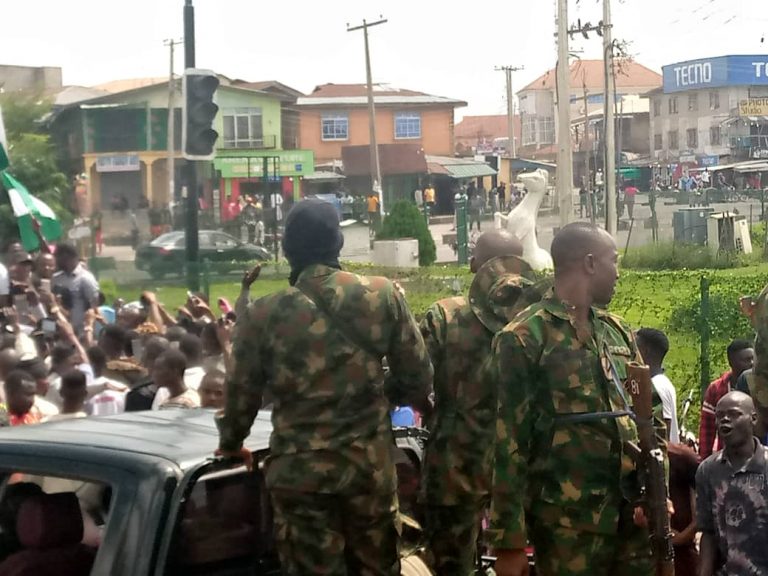 A Nigerian soldier has been spotted calming down #EndSARS protesters in Osogbo.

This comes after they defied directive of the Osun state government imposing a 24-hour curfew.

The Osun state government had on Tuesday imposed 24 hours’ curfew in the state to curb the escalation of violence in the state.

However, the protesters in defiance of the order besieged and mounted barricades at Olaiya junction, Osogbo.

In response to the defied curfew, scores of soldiers stormed the convergence spot of the EndSARS protesters.

Instead of shootig the protesters, a soldier among the troops who arrived the EndSARS protest Ground in numbers was seen reasoning with the youths and telling them to calm down.

The troops came with about seven military vans around 11:10 am on Wednesday.

The soldiers displayed a high level of civility and professionalism while addressing the protestants.

The soldiers who were fully armed reacted to the agitations and complaints lodged by protesting youths against alleged brutality, extortion and extra-judicial killings by operatives of Special Anti-Robbery Response Squad (SARS) peacefully.

The youths due to the calmness of the troops also conducted themselves properly as they displayed the ethos of Omoluabi, though, they only chanted solidarity songs, they reiterated the need for SARS to be scrapped.

Addressing the protesting youths, one of the soldiers who had earlier joined the protesters with the Nigerian flag in his hand assured the protestants that they are not at the scene to launch any form of attack on the protesters.

The soldier added that they are with the protesters and would ensure they are safe in the course of their peaceful protest.

He said there was the need for the protesters to obey the executive order of the state governor, Mr Gboyega Oyetola emphasizing that they will not attack the protesters.

It was learnt that the hoodlums would have wreaked havoc on Osun State Broadcasting Company (OSBC) and some other Government-owned parastatals if not for the quick intervention of the soldiers who later restored peace in the areas.

“Like I said earlier. Soldiers work on instructions. These are the soldiers deployed to Osun State. See how reasonable this young man is? 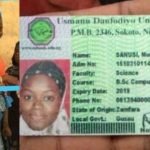 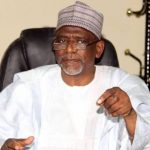 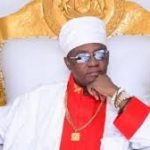 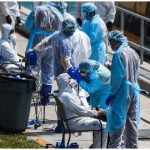