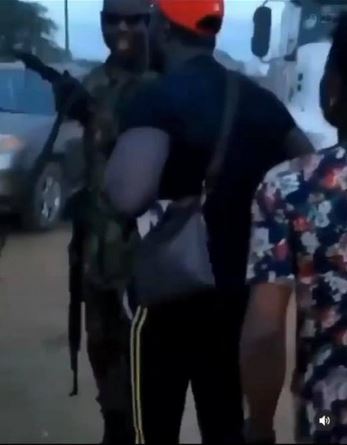 A video has surafced online showing the moment some #EndSARS protesters confronted a military man for allegedly shooting at them in Agbara area of Lagos state.

The protesters accused the soldier of shooting at them even though they were peaceful. The soldier, however, muttered inaudible words during the confrontation.

The chaos in Lagos state worsened after unarmed protesters were shot at Lekki Tollgate.