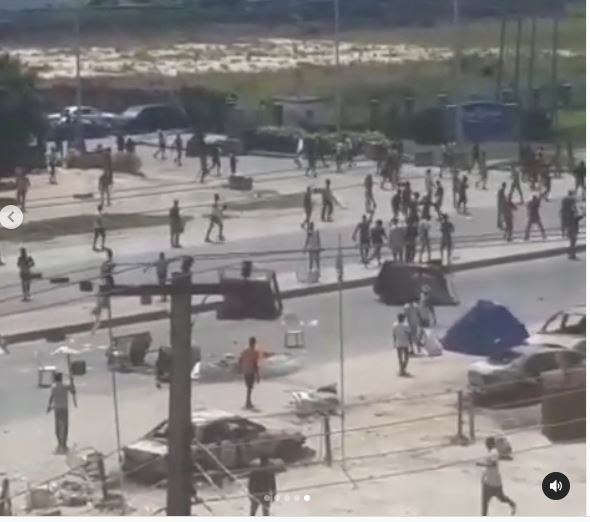 Some residents have raised an alarm on social media following the on-going chaos at the Lekki-Epe expressway in Ajah area of Lagos, as angry mobs overpower police officials, taking possession of their guns.

An eyewitness disclosed that there’s been gunfire exchanges around Ajiwe Police Station since 8:47am. There are also report of death recorded in the attack.

Residents of the area have now expressed concern after the mob allegedly overpowered policemen and also reportedly took possession of their guns.

Here are videos below;