‘No one died’ – Sanwo-Olu gives updates on Lekki shooting Governor Babajide Sanwo-Olu of Lagos on Wednesday has said no record of fatality after soldiers reportedly shot at #EndSARS protesters at the Lekki Toll Gate on Tuesday evening.

The incident caused an uproar, within and outside the country.

However, Sanwo-Olu in a live broadcast condemned the attack on protesters by security forces and also announced the suspension of all state activities for three days in solidarity with the ongoing #ENDSARS protests and agitations across the state.

According to Sanwo-Olu, he went out all night with members of his team, and they visited hospitals, mortuaries to get first hand information on casualties

The governor said 24 of the injured were being treated at three hospitals- General Hospital (10); Reddington Hospitals (eight) and another hospital (six) adding that three of the victims had surgery and about four would be discharged today.

While praying for those injured, the governor said “we are comforted that we have not recorded any fatality as against the widespread circulation on social media.”

Appealing for calm, Sanwo-Olu apologised to the youths, reiterating their anger was justified. 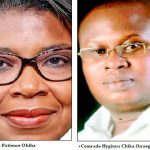 Zenith Bank to light up Lagos with Aspire Music Festival D’Tigress Move Up To 14th In Latest FIBA World Ranking