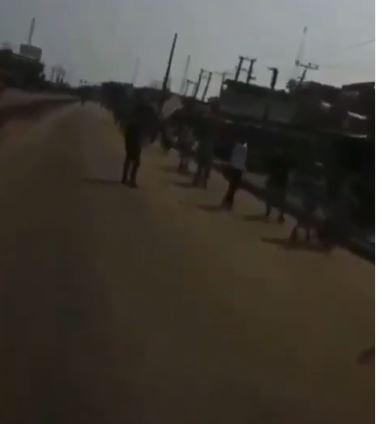 The police officer made the remark as he and his colleagues who were on mufti ordered protesters to walk with their hands up in Ikorodu area of Lagos on Wednesday morning, October 21.