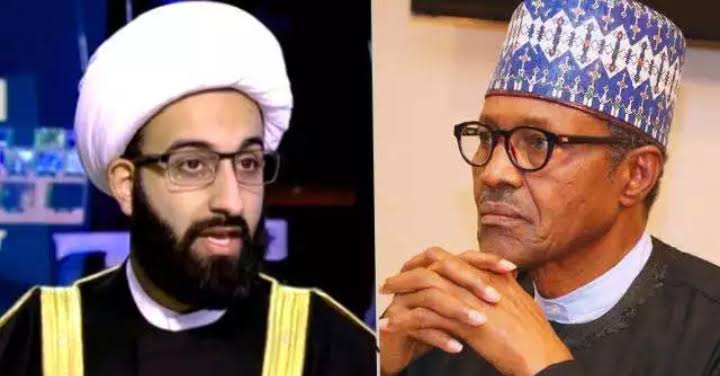 Globally renowned Islamic cleric, Mohammad Tawhidi, popularly known as Imam of Peace, has condemned the killing of Nigerian youths who were protesting against the extrajudicial activities of the now-defunct Special Anti-Robbery Squad (SARS).

On Tuesday night, October 21, 2020, Nigerian Soldiers opened fire on the peaceful #EndSARS protesters at the Lekki toll gate, killing about nine people and injuring so many others.

Reacting on his Twitter page on Wednesday, Imam of Peace said President Buhari deserves to go to jail over the killings of citizens who were only protesting against police brutality in the country.

He tweeted; “BUHARI NEEDS TO GO TO JAIL. Nigerian security forces have opened fire on hundreds of protesters in Lagos, as rallie, s against police brutality continued.” 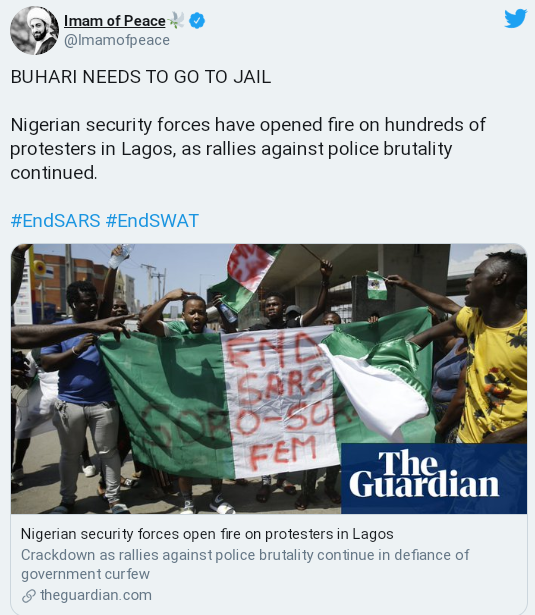 This cominhg five days after Imam of Peace attacked President Buhari over his negligence on the rising issues of SARS police brutality and extortion.