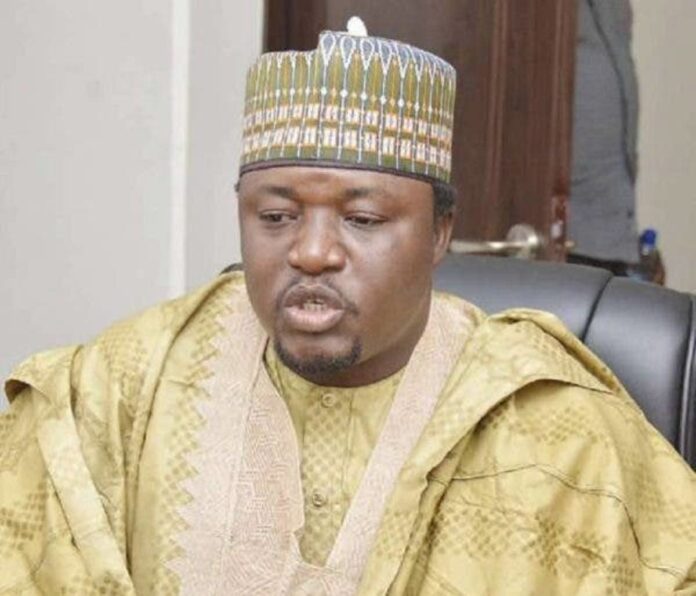 ENDSARS: North will go to war over Buhari — President of Arewa Consultative Forum

Yerima Shettima, has said that the North will go to war if, the southern region of Nigeria tries to remove President Muhammadu Buhari from government using the ongoing nationwide and international #EndSARS protest launched spontaneously by the Nigerian youths against police killings, police brutality, bad governance and other pressing issues.

According to him, the whole protest is to shortchange the north from completing their tenor in government leadership.

While speaking with journalists in Minna, Shettima claimed that the Southern region of Nigeria is trying to shortchange the north which, according to him, was what happened after the death of Yar-Adua, the late Ex-President of northern extraction.

He claimed the north is primed for war should Buhari be kicked out of government for bad governance that has become the reality on the country since the administration came onboard.

According to him, “Since 1999, the South has been cheating us as regards to the office of the president.

“When Obasanjo was the President, nobody disturbed him until after his complete eight years in office.

“Immediately our brother took over, they went against him until he died. Instead of using another Northerner to complete his tenure, they forced Jonathan on us.

“Now our brother Buhari is in power again, they are using everything against him forgetting that we still have 8 years after his tenure to equal that of Jonathan and Obasanjo.

“The point is that we the Northerners are not going to allow it. We will go to war if the protesters ever demand for Buhari to resign or an end of Nigeria like some of them are doing in Anambra State.”

It would be recalled that millions of Nigerians as well as those in the Diaspora have taken to the streets under the #ENDSARS protests to condemn the incessant killings of the youths by the police.

They are also demanding for good governance among several other demands. The protests have gained international attention as well as support and solidarity, with many foreigners endorsing the protests.

Although the police have effected a swift reform of the system, the efforts have been rejected by the protesters who have said that the moves are inadequate.