David Oyedepo, the presiding Bishop of the Living Faith Church Worldwide, warned against the shooting of young people demonstrating in the country against police brutality, extrajudicial killings, and extortion.

He clarified that young people have legitimate justifications for protest, adding that ‘it is sacrilege’ to kill them during the protest.

He said President Buhari’s administration was so far the most ‘gruesome’ in the history of the nation.

Oyedepo spoke on Sunday during the church’s second service.

He said, every man, legitimately, has the right to express his displeasure and his pain.

“I kept quiet for a while because, vehemently, repeatedly, I warned this nation in 2015 because I saw the dangers ahead.

Okonjo-Iweala urged them to be unified as she commended the youths for being brave.

“Via a tweet on Sunday, the World Trade Organization candidate said,” I applaud the resourcefulness and bravery of Nigerian youth in # EndSARS. It’s powerful to let your voices be peacefully heard. Let’s join hands through a One Nigeria strategy for a better result,’ she tweeted.

Relatedly, Ignatius Kaigama, the Catholic Archbishop of Abuja, on Sunday described the widespread youth protests as a symptom of buried grievances and time bombs planted by bad leadership over decades.

While calling on young people to pursue justice in the most peaceful manner, Kaigama told Nigerian leaders to listen to our young people’s voices, don’t harden your hearts. 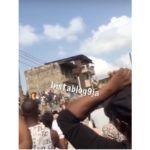 Many Pupils Dead, Over 100 Trapped As School Building Collapses In Lagos (VIDEO) 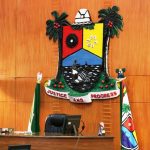 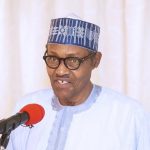 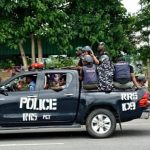