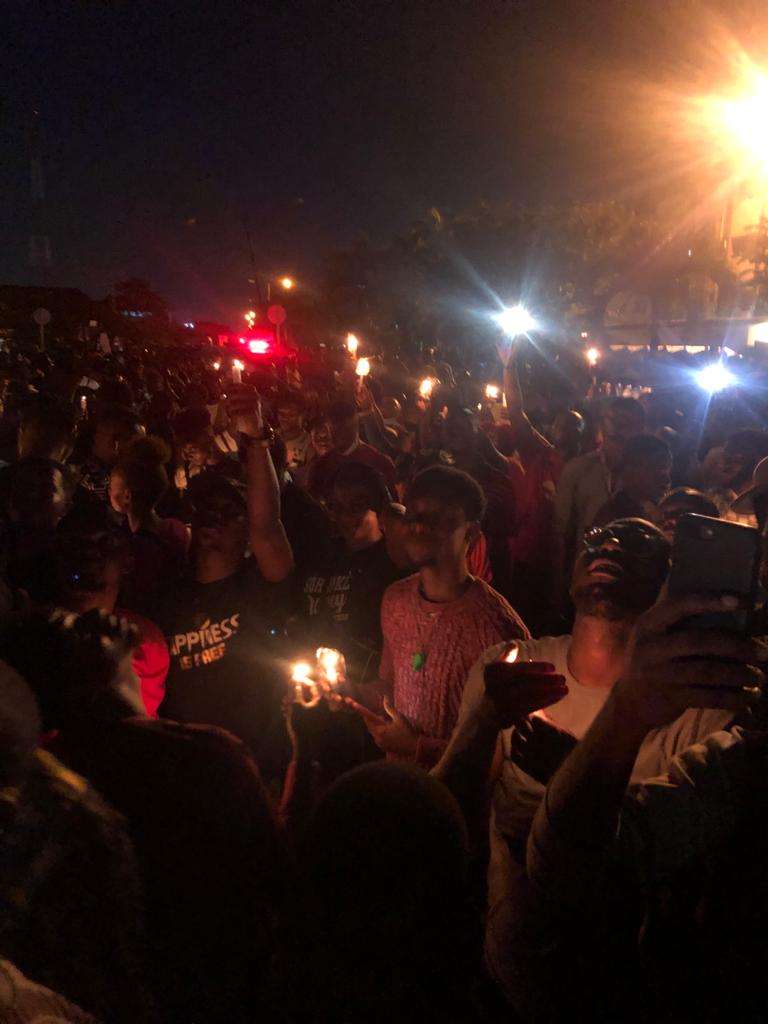 Serious gridlock was recorded on the Third Mainland Bridge on Friday after defient youths took over the area.

The youths were protesting against police brutality and partially shut the Iyana-Oworo-Oworonshoki section of the bridge.

The PUNCH gathered that the #EndSARS protesters had arrived at the bridge a few minutes to 06pm.

Apart from the gridlock, many passengers were stranded.

A commuter told our correspondent that the protesters’ action led road users to drive against traffic.

“We had to pass one way because of the protesters. There was a serious gridlock. I spent almost two hours on the same spot,” the commuter said.

Also, the protesters held a candlelight procession for victims of police brutality in the country.

The candlelight procession held at Lekki toll gate and Alausa.

It was learnt that the procession held in Abuja and other parts of Nigeria.

It said, “So far, Nigerian police have killed at least 10 people since the start of protests against callous operations of SARS.”

Policemen in the Ogbomosho town of Oyo State on Saturday killed a youth, Isiaq Jimoh, who was said not to be part of the protest.

Also, a passerby-by was killed in Lagos on Monday.

Meanwhile, the President, Major General Muhammadu Buhari (retd.), had promised that all those responsible for the misconduct or wrongful acts by the Special Anti-Robbery Squad will be brought to justice

The president stated this on Monday in Abuja at the launch of the Presidential Youth Empowerment Scheme, aimed at creating 774,000 jobs across the Local Government Areas in the country.

Buhari also said the disbandment of SARS, was the first step to extensive police reforms by his regime.

He said, ”I will like to use this opportunity to say a word on the recent genuine concerns and agitations by Nigerians about the excessive use of force and in some cases extra-judicial killings and wrongful conduct of the men of the Nigerian Police Force.

”The disbanding of SARS is only the first step in our commitment to extensive police reforms in order to ensure that the primary duty of the police and other law enforcement agencies remains the protection of lives and livelihood of our people.”