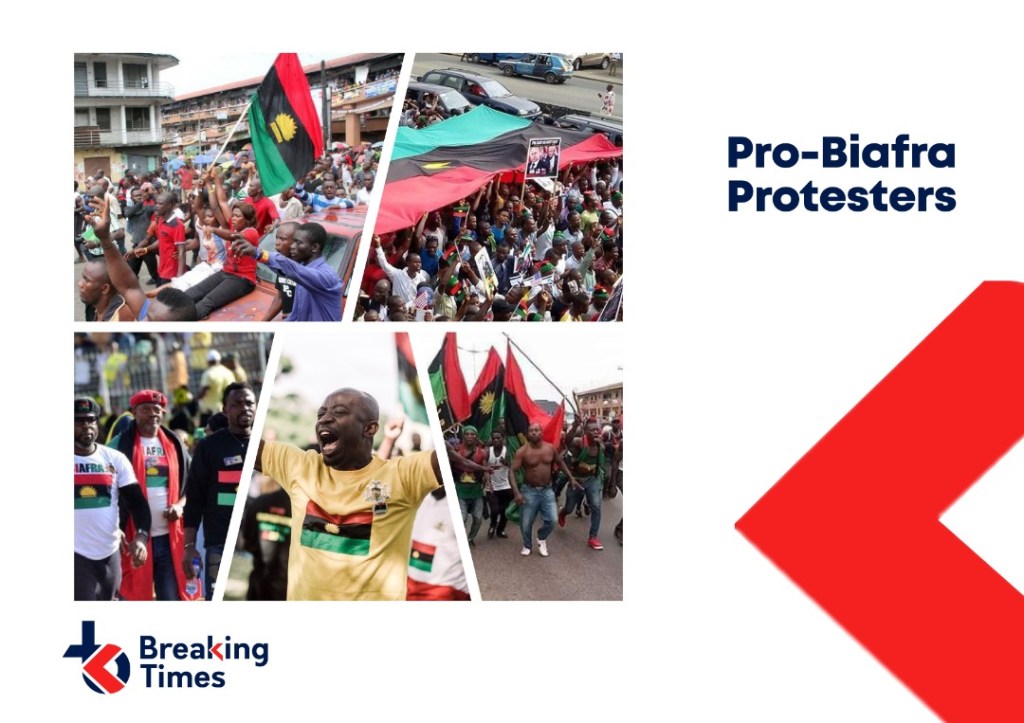 Over 250 peaceful protesters have been killed in Nigeria Since President Muhammadu Buhari took over from Goodluck Ebele Jonathan in 2015. See break down below:

According to Global rights group, Amnesty International (AI), extrajudicial execution and torture by Nigeria security forces, especially the Nigerian Army, led to the death of at least 150 pro-Biafra protesters across Nigeria’s south-east, between August 2015 and August 2016.

The AI in a report titled: “Bullets Were Raining Everywhere”: Deadly Repression of Pro-Biafra Activists, released in 2016 relied on the analysis of 87 videos, 122 photographs and 146 eye witness testimonies.

The above evidence revealed soldiers of the Nigeria military firing live ammunition to disperse protesters, most of them members of the separatist group, Indigenous People of the Biafra (IPOB), without warning.

The AI said, at least 60 defenceless IPOB protesters were shot dead within two days leading to the Biafra Remembrance Day of May 30.

IPOB, which was formed by Nnamdi Kanu, seeks the restoration of breakaway sovereign state of Republic of Biafra from Nigeria. Biafra was a secessionist state in the south-east region of Nigeria that existed from May 30, 1967 to January 1970. The secession of Biafra was the main cause of the Nigeria Civil War. Over 1 million people died in the war.

Kanu was arrested was tried for treason, which led to an increase in the agitation of pro-Biafra activists since his arrest.

President Buhari is strongly opposed to the creation of Biafra. In May 2016 during a visit to the palace of the Emir of Katsina, Buhari suggested that it is better for Nigerians to commit mass suicide than for the actualization of the breakaway state of Biafra.

“We will not let that happen. For Nigeria to divide now, it is better for all of us to jump into the sea and get drowned,” he said.

Many members of the Islamic Movement of Nigeria (IMN), also known as Shiites, were allegedly killed in Abuja in 2018 during a confrontation with security operatives.

The casualty figure remains unclear. A leader of the group, Abdullahi Musa, however claimed: “100 brothers and sisters were killed.” He said members managed to retrieve 16 bodies as soldiers took the corpses away.

But the police spokesman in the Federal Capital Territory, Anjuguri Manzah, said he was not aware of any clash between the police and Shiites.

He added that the group would continue its “non-violent protest” until its detained leader, Sheikh Ibrahim El-Zakzaky, is released from prison.

El-Zakzaky is being held in spite of court orders granting him freedom.

In a recent report, the AI says 10 protesters have been killed by the Nigeria Police Force since the #EndSARS demonstrations began last Thursday.

The AI in a tweet on Monday said, “So far, Nigerian police have killed at least 10 people since the start of protests against callous operations of SARS.”

Policemen in the Ogbomosho town of Oyo State on Saturday killed a youth, Isiaq Jimoh, who was said not to be part of the protest.

Three people were reportedly killed on Sunday in Ogbomoso during a protest against the killing of Jimoh, residents of the area said.

Among those who were allegedly killed during Sunday’s protest included a youth identified as Akeju, a teenager, and another person whose identity could not be ascertained.

Also, some days ago police in lagos shot an #EndSARS protester in Surulere area of the State. The victim was hit by a stray bullet from policemen who shot indiscriminately to disperse the crowd.

The #EndSARS hashtag was first thought to have been used in 2018, but it emerged once again a week ago.

There have been earlier attempts to reform the notorious squad:

Yet campaigners say none of these has made much difference to the force’s behaviour.